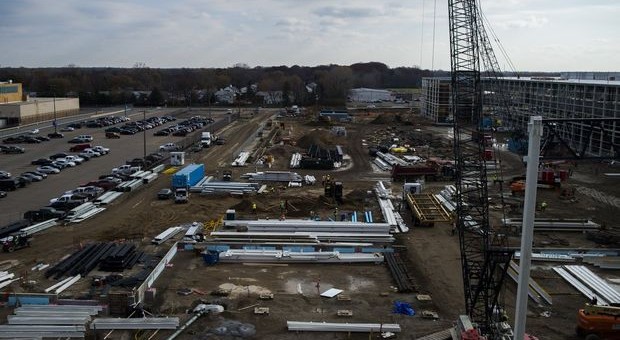 General Motors has spent $600 million on a new paint facility in Flint, Michigan. With the project nearing completion, what does this shop have in store for GM’s operations?

The new facility, which is located at a former engine plant that was closed in 1999, will allow the use of improved sealers and coatings that will hedge against corrosion. However, there are several other advantages, including a 90 percent reduction of paint sludge sent to landfills, plus gas use will be reduced by 20 percent and electricity use is expected to drop by 40 percent.

“It will have substantial reductions. They’re most of the energy drain on an assembly plant,” said GM spokesman Tom Wickham.

The new facility will not bring any new jobs to Flint, but a visit to the 596,000-square-foot building will show about 200 construction employees currently at work, with the number of workers expected to jump to 550 people as equipment is installed.

Added Flint Mayor Dayne Walling, “GM’s investment in the new paint shop for the Flint Assembly plant is an indication that the company is here to stay for the long term in that south Flint complex. GM is the city’s largest employer and having and maintaining the industrial tax base is an important benefit for the community.”

Officials expect interior work could be finished in time to begin testing the facility in early-2016.