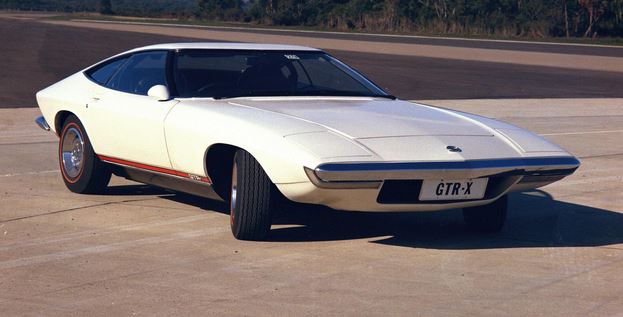 Manufacturers produce concept vehicles for a variety of reasons. Some preview a new direction for design language, others gauge public interest in a particular vehicle and some are unveiled to production ready looks. The 1970 Holden Torana GTR-X concept is the latter.

This gorgeous wedge shaped Holden coupe was as close to production it could be before Holden scrapped the idea last minute. It was based upon the Torana GTR XU-1 coupe, but was given a total redesign with plenty of stylish features such as the pointed nose, steeply raked windshield and pop-up headlamps (we miss those).

According to Classic Driver, the simplistic design was crafted entirely from fiberglass, and was the first Holden to be equipped with disc brakes all around. These elements made the Torana GTR-X quite feasible for production. And boy was it close. As the Torana GTR-X was about to receive a green light, executives decided against the sharp two-door. Ultimately, the domestic market was deemed too small to justify the production of the vehicle. Sigh.

It’s a shame, because the Torana GTR-X is most certainly a looker. Almost as if an Italian coach builder and a Lotus Europa had a cousin to a Datsun 240Z, a very good thing. Your author is already conjuring thoughts of what a modern day Torana GTR-X could have become.

Three prototypes were created of the vehicle, two found their way to the crusher while the lone survivor sits proudly at Holden’s corporate headquarters in Melbourne. Oh, what could have been.