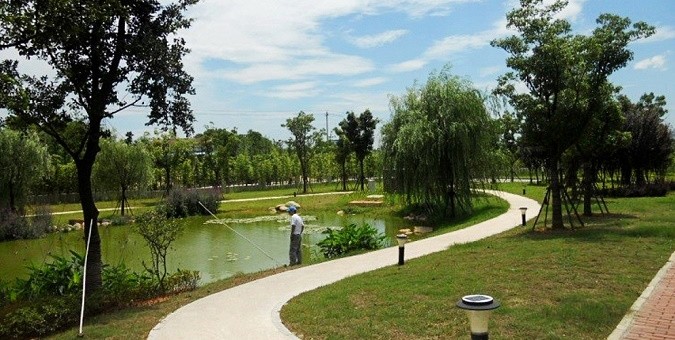 General Motors has now received 15 certifications and three awards from the non-profit Wildlife Habitat Council for its efforts towards establishing wildlife habitats and education programs at its different facilities all over the world.

The awards and certificates were handed down as part of the Wildlife Habitat Council’s ‘Wildlife at Work’ and’ Corporate Lands for Learning’ programs, which aim to recognize companies for their outstanding efforts toward habitat management and environmental education at job sites. GM currently maintains an industry-leading 43 certified programs and actively manages nearly 5,000 acres of wildlife habitat globally.

Some of GM’s most prolific wildlife conservation efforts include a 27,000-square-foot pollinator garden at the Guangde Proving Ground in China, containment lakes built at the Joinville and São Caetano do Sul facilities in Brazil and the Chevrolet Volt nesting boxes at several other GM facilities. A three-acre lagoon the company maintains at its Ramos Arizpe Complex in Mexico also serves a natural habitat for migrating birds.

“Enhancing biodiversity is a business priority and environmental imperative,” said GM executive director for Sustainability, Greg Martin. “These habitats also enable our employees to have a tangible, postitive impact on local conservation while strengthening relationships in the communities where they live and work.”

The Wildlife Habitat Council also recognized two individual GM plants for their exceptional commitment to conservation. The Lansing Delta Township plant in Michigan was awarded with the ‘Corporate Habitat of the Year’ designation, which recognizes a facility for its “environmental stewardship.” The Arlington Plant in Texas also won the ‘Learning Rookie of the Year’ award after its first year hosting environmental education programs.