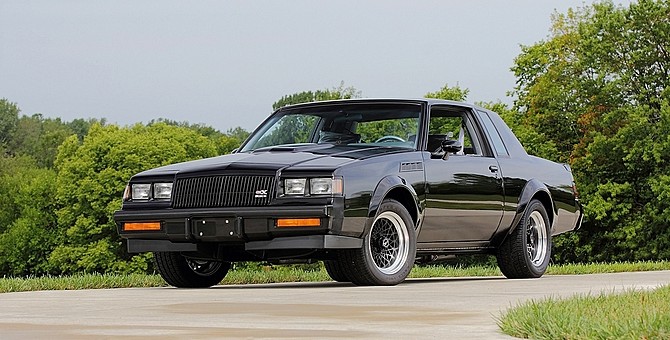 General Motors is continuing to pursue trademark applications for the terms Grand National and GNX, lending credence to rumors that the automaker is planning to bring back the historic nameplates in upcoming production vehicles.

If you think that the trademarks are for novelty items, they’re not. The two trademark applications in question are not for such frivolous items as key chains, vinyl banners, valve covers, clothing, vehicle badges, or floor mats (GM has applications for the Grand National trademark in each of those categories as well). Rather, these application specifically list “Motor land vehicles, namely automobiles and structural parts thereof” in their respective Goods and Services statement. In other words, they’re for cars. Not paraphernalia.

According to the latest research from our lawyer friends, The General initially filed two trademark applications with the United States Patent and Trademark Office on May 30, 2012: one for Grand National, and the other for GNX.

Since then, GM has asked the USPTO for three time extensions to submit viable proof that, if granted, it will use the trademarks for a real-world service or product. Known legally as a Statement of Use, the document is required by the USPTO to grant an applicant the trademark. The last time that the USPTO granted GM an extension to submit the file was May 20, 2014 for the Grand National application, and August 19, 2014 for the GNX application.

What other vehicles have we reported on that followed this exact pattern that have so-far become official, you ask? Well, there’s the Camaro Z/28, Cadillac CT6 (formerly LTS), Buick Envision, Chevrolet Silverado High Desert Concept, and more.

Rumors of GM planning to bring back a Buick Regal Grand National, along with a high-performance GNX variant, first surfaced in 2012, and have more or less quelled since then. The two vehicles, especially the high-performance GNX, were lauded by enthusiasts for their sinister styling, blistering performance, and accessible tunability when they were on sale in the late 70s and early 80s.

What we gather so far is that the Grand National and GNX programs are bundled in with GM’s Alpha platform — the underpinnings of current vehicles such as the Cadillac ATS and CTS, as well as the all-new 2016 Chevrolet Camaro set to debut next year. We’ve heard both that it could be a longer wheelbase version such as the CTS, as well as that it could be around the size of the ATS. But Alpha regardless. Powertrain-wise, a twin-turbo LF3 V6 as first seen in the CTS Vsport and soon-to-be 2016 Cadillac ATS-V would be the ideal powertrain for both performance, and as a nod towards the original GNX model. We just wonder if it will remain in black this time.