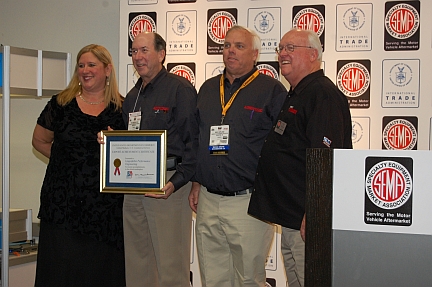 Believe it or not, the same bureaucrats who are trying to destroy the automobile (wink wink) are also giving an award to one of our favorite tuners. Lingenfelter Performance Engineering (LPE) has been awarded the Export Achievement Certificate by the International Trade Administration of the United States Department of Commerce. The award, created to acknowledge global marketplace achievements, was given to LPE in recognition of the company’s market expansion accomplishments in the Middle East.

“Consumer interest in Lingenfelter’s high-performance components and vehicles is very strong in the Middle East, and we are very grateful for the excellent support of our UAE distribution partners,” said CEO/Owner Ken Lingenfelter.

According to the Department of Commerce, U.S. exports hit an all-time record of $2.3 trillion in 2013 and supported more than 11 million American jobs. And SEMA, the trade organization that represents the automotive aftermarket, feels that it is a priority to assist companies in taking advantage of export opportunities.

“As a global trade association, SEMA seeks to help member companies grow and expand their businesses,” said the International and Government Relations Director at SEMA, Linda Spencer. “One of the many ways SEMA helps its members grow is through exporting. For many of our members, exporting products to key international markets is integral to their success, and SEMA is available to help identify strategic markets and guide members along the way.”

Since 2011, almost 300 U.S. automotive aftermarket companies have participated in SEMA’s international initiatives, which focus on China and the Middle East. Export sales by participants in SEMA’s one-on-one programs in those countries have amounted to nearly $50 million.