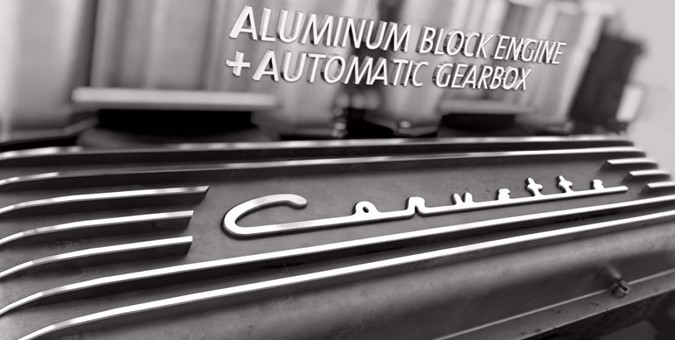 Chevrolet is preparing to pull the virtual veil off of its Chaparral 2X Vision Gran Turismo concept at the Los Angeles Auto Show. The automaker already piqued our interest with a teaser image of the fictitious concept, and is continuing to build on our appetites with a new preview video.

We have yet to see or hear much in regards to the 2X, but the little tidbits we have heard make us excited to say the least. Chevrolet has teamed up with legendary racecar manufacturer Chaparral to create the 2X, which pulls inspiration for its name from Chaparral’s historic line of racecars that received a designation consisting of a “2” followed by a letter.

According to Chevrolet, the 2X will “serve as an example of what our designers are capable of when they are cut loose, no holds barred.” Not coincidentally, Chaparral engineers and designers put little limitations on themselves, coming up with extremely radical, innovative designs. Chaparral was so forward-thinking, they had a functional rear wing on their 2E racecar before Formula 1, the usual test bed for up and coming technologies, had yet to even test similar aerodynamic components.

Expect something just as radical, if not more so, as anything Chaparral ever did when the 2X makes its debut in the online Gran Turismo 6 world this week. In the meantime, check out the teaser video below.