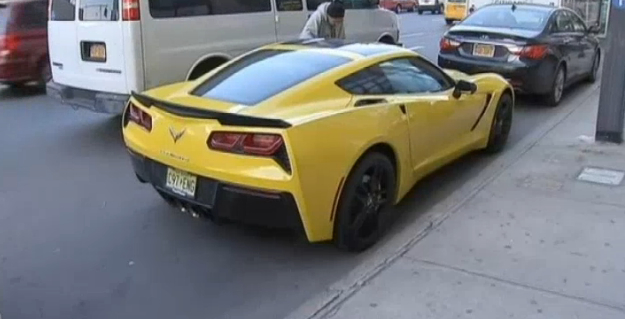 Buddy Valastro, better know as the ‘Cake Boss’, was arrested Thursday afternoon after NYPD officers allegedly discovered he was driving his Velocity Yellow 2014 Corvette Stingray drunk. They pulled the TLC star over once he swerved through traffic near Hudson Yards in Manhattan, NBC News reports.

Police stopped Valastro after tailing his Corvette for a little while. They said he was “unsteady on his feet,” according to NBC, and had a flushed face and bloodshot eyes. He allegedly failed the breathalyzer test he was administered and was taken into custody.

According to prosecutors, Valastro was quoted by the police in saying “You can’t arrest me. I’m the Cake Boss.”

Valastro also allegedly admitted to having a few drinks before getting behind the wheel of the yellow Stingray. The New Jersey-born pastry chef is known for starring on TLC’s “Cake Boss” show, in which he bakes large, elaborate cakes in his Hoboken, NY bakery.

Whether you’re a “Cake Boss” or not, there’s no excuse for (allegedly) driving drunk. Valastro made a good decision in buying his Z51-equipped Stingray, but a bad one in deciding to drive it after having a few too many. NBC’s report on the incident is below.