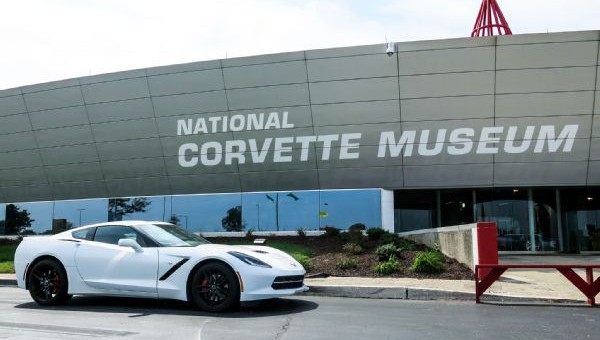 Automobile magazine is running a four-season test on a 2014 Corvette Stingray to learn more about its performance and reliability. As the first of the C7 Corvettes, this is quite an important thing because we, the automotive enthusiast, get to learn the tribulations that fellow enthusiasts endure, especially for a first-year Corvette.

So for $#!+$ and giggles, the editors decided to pay a visit to Bowling Green, Kentucky, with the first stop being the Corvette’s assembly plant. Not only is it home to all production Corvettes, but it’s also home to Chevrolet‘s Performance Build Center, which is the select-build operation that builds motors for the Corvette Z/06 and Camaro Z/28. Automobile characterizes the plant as the real thing, a John Mellencamp-esque place where “regular, hard-working men and women, many of them in T-shirts and shorts,” built America’s Sports Car.

Then after a visit to the National Corvette Museum, it was time for some action as the editors too their long-term Vette through the museum’s new Motorsports Park. They claim the 3.15-mile road course is not for the faint of heart, as it is “filled with long straights, technical turns that you frequently need to tackle off-camber, and numerous elevation changes.” In fact, one drop is called “The Sinkhole” because it’s so sudden and large. Although it’s “challenging but not inaccessible to beginners,” what’s neat about the course is that it has a modular aspect that allows for reconfiguration for drivers with different abilities.

But how is the C7 Corvette holding up? Automobile claims it handled the track with confidence and “is tight, responsive, and, as always, thrillingly fast” despite having endured more than 13,000 miles with enthusiasts who don’t always behave. GM Authority looks forward to the end of the car’s tenure so we can learn more about the C7’s foibles.

Visit Automobile magazine’s site to see the video of the Stingray at the track.