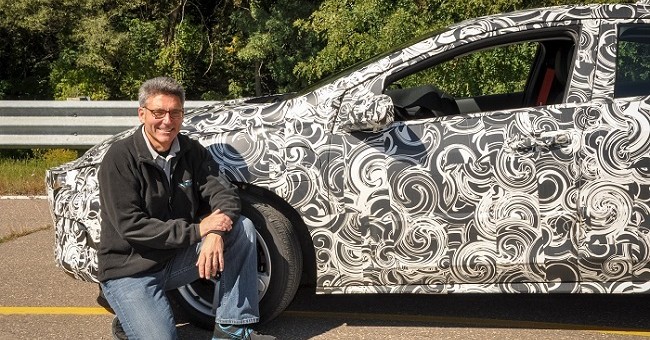 The 2016 Chevrolet Volt (aka Volt 2.0) is almost ready to hit the streets, but we would be lying if Volt sales have been far lower than what General Motors would like, despite the accolades and abilities. In that sense, what would it take for the Volt to really become a sales success?

According to Green Car Reports, the 2016 Chevrolet Volt hitting 50,000 units may not be a far-off possibility. How so? They tracked sales for the Toyota Prius from its debut in the American market to five years later. Initial sales were slow, but by its fourth year, the Prius hit about 25,000 units; come the Prius’ fifth year and it hit 50,000 units. In comparison, the Volt is currently in its fourth year and is estimated to hit about 25,000 − just like the Prius. Based on that, and the fact that the 2016 Chevrolet Volt is expected to have a significantly lower MSRP, 50,000 units seems plausible.

Currently the Volt and the Prius are two very different cars with different price points, not to mention the market conditions were much different when the Prius began to gain traction. Right now, the price of fuel is relatively cheap, which reduces the per-mile cost advantage that the 2016 Chevrolet Volt may have. Or any high-efficiency vehicle, for that matter.

The all-new 2016 Chevrolet Volt will be introduced in January at the North American International Auto Show in Detroit, with sales beginning in the second half of 2015.