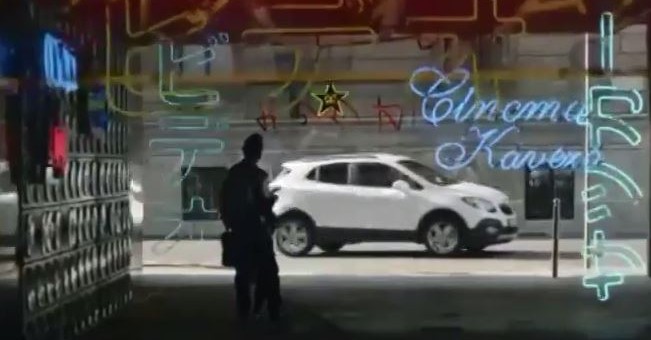 Every day, we commute amongst a sea of vanilla. A tan sedan passes by in the fast lane. An SUV with sports decals proclaiming their son is a soccer champion pulls alongside at the stoplight. A crossover searches out a parking space in a lot filled with others just like it. Occasionally different flavors enter our palette, and that is what Vauxhall (Opel) advocates in its newest advertisement with the Mokka crossover: “don’t blend in.”

The quirky styled small crossover-hatch roams the streets of this ever so bland city, where onlookers seemingly blend into everything, including their couches, the finish of a building, and their cars. The Mokka, or as we know it, the Buick Encore, emerges victorious in turning heads, with the driver ultimately shedding his brown sports coat for a blue button down as he approaches a similarly colored brown wall.

Despite sounding like an evolved form of Pokémon, the Mokka makes its case as a unique offering, big enough for cargo and some storage, but small enough to zip around English streets. And that seems to be appealing to American buyers as well, since the Encore has been doing quite well, with Chevrolet even bringing the Mokka stateside as the Trax.

Watch the ad below, and let us know, do you like what the Mokka/Encore/Trax has to offer?