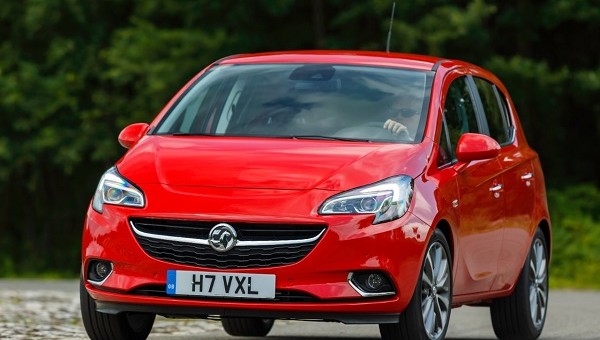 Considering the relative importance of the Vauxhall Corsa to UK sales, it’s important that the marque has gotten the new-for-2015, fourth-generation car just right.

And so, the UK’s Autocar took the new Corsa out – along with a Ford Fiesta and a Volkswagen Polo – to see if and how the Vauxhall “supermini” has surpassed the competition.

It’s an interesting three-car shootout, because the Ford Fiesta (according to Autocar’s Matt Prior) is the agile, rewarding-to-drive car out of the three. Meanwhile, the Volkswagen Polo is the benchmark for build quality and refinement. Thus, the little Corsa has two meters – two distinct paths – by which it could surpass the competition.

So how does this new Vauxhall Corsa fare? Meh. The car takes third in the comparison, Mr. Prior conceding that while its interior took a few steps forward in terms of layout and materials, the Polo still has the most refined, solidly-constructed interior of the three, hands-down. The Corsa has also come along in terms of driving dynamics, according to the reviewer, but not quite enough to match the unanimous leader in that rubric: the Ford Fiesta.

So then, the Vauxhall Corsa still falls short of these other two superminis, with the Fiesta being the clear option for those seeking engaging dynamics, and the Polo the only choice for budget refinement. Though, this is not to say that this new Corsa hasn’t improved upon the standard established by previous iterations, and chances are that the small, cheap car that makes up a whopping one-third of Vauxhall’s sales in the UK will still be quite safe and sound in the European marketplace.