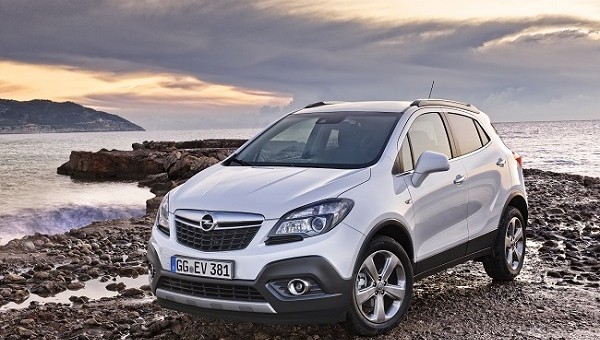 It seems like only yesterday we were reporting that Opel’s subcompact Mokka crossover, sold in North America as the Chevrolet Trax and Buick Encore, had sold a significant 200,000 units in Europe. Now, seven months later, the Russelsheim-based automaker is pleased to announce it has sold another 100,000 Mokkas, bringing total sales for the versatile runabout to 300,000.

With the subcompact SUV segment now the fastest growing in the automotive industry, the Mokka is quickly becoming a hot-seller for Opel. The vehicle is now the brand’s third most popular vehicle behind the Corsa and Astra, surpassing the popularity of even the Insignia sedan and Zafira.

“We are delighted with our bestseller amongst the compact SUVs. It is a guarantee for success and an important part of our model offensive,” Opel’s Vice President of Sales & Aftersales, Peter Christian Küspert, said in a statement.

Opel increased the appeal of the Mokka for the 2015 model year by replacing its 1.7-liter diesel engine with its 136 horsepower 1.6-liter CDTI turbodiesel in the crossover. The new 1.6-liter oil burner has been dubbed ‘whisper diesel’ by the brand for its relative quietness and will offer up six more horsepower and an additional 14 lb-ft of torque while lowering fuel consumption and emissions.