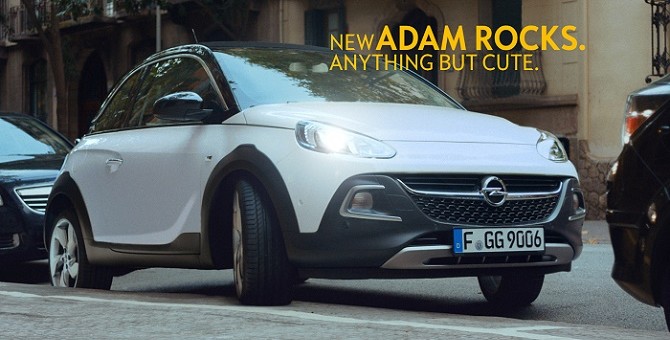 The Opel Adam Rocks presents itself as an affordable entrance into sporty fun, so obviously, the marque is mostly hoping to attract younger, budget-conscious buyers. And as everyone knows, the young crowd loves their social media, what with the tweeter and the bookface and whatnots.

So what better way to attract their target, young buyers than for Opel to commission a series of short clips from a widely-followed Vine star?

That’s exactly what Opel did, enlisting the help of Zach King from Los Angeles, who has over 1.9 million Vine followers, and is regarded as one of the most talented young video illusionists using the platform. The print slogan for this Adam Rocks campaign is “Anything but cute,” and the series of 6 Vine clips shows the Rocks being, well,  very un-cute indeed.

For instance, take the Vine posted below, which shows Zach King pulling up next to a crossover SUV in an Adam Rocks and grabbing the vehicle right in through the open window, single-handedly. Meaning: the Opel Adam Rocks will swallow any crossover whole. Or, Zach King will, and he fancies the Adam Rocks. Or possibly, the Opel Adam Rocks comes equipped with a special new device that can locally warp the laws of physics.

Or maybe we’re putting too much thought into it. We all know that if there’s one thing that social media doesn’t demand, it’s critical thinking.