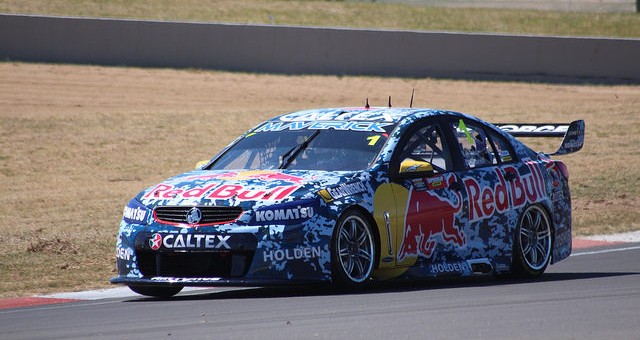 Australia’s most important racing event of the year, the Supercheap Auto Bathurst 1000, resulted in a disappointing finish for Holden after four-time Bathurst 1000 winner Jamie Whincup’s Commodore began to run out of fuel in the closing laps. Whincup had worked his way up to first from 23rd after he crashed during qualifying, only for Bathurst rookie Chaz Mostert to pass him on the third to last lap.

Mostert and his teammate Paul Morris started their day in 26th, but survived the drama-filled endurance race to come back and win in their Pepsi Max Ford Falcon. Mostert knew Whincup was running out of fuel as he began to close in on him and waited for his opportunity to pounce. Whincup’s engineer David Cauchi eventually warned him he was dangerously close to running out of fuel altogether, forcing him to overturn his position to Mostert. Nissan’s James Moffat and Holden’s Nick Percat also found their way around Whincup to come in second and third, respectively.

The race was anyone’s for the taking as many of the veteran V8 Supercars drivers fell victim to crashes, vehicle trouble or drive through penalties. Mark Winterbottom was leading in his Ford when he ran wide at turn two and was clipped by Holden driver Craig Lowndes. The incident caused Winterbottom to lose his chances at winning, while Lowndes’ were also stripped of him after he was handed down a penalty for his actions. Shane van Gisbergen’s Bathurst hopes were also ruined when his car stalled and failed to restart after a late-race pit stop.

“I had to have a crack, and we pulled it off,” the 22-year old Mostert told the Sydney Morning Herald.

“From 26th to first, it’s unbelievable. Everything went our way.”

While Holden did manage to score a podium in the race, the result was a little disappointing for the manufacturer. New Zealander Fabian Coulthard put his Commodore on pole position during qualifying after posting a record-breaking time of 2 minutes 5.6080 seconds, while fellow Holden drivers van Gisbergen and Dale Wood qualified second and third, respectively. It was only when the green flag dropped yesterday that Holden’s luck began to falter.

After the 161-lap race concluded, eight competitors had retired and the safety car had come out on 10 separate occasions. Whincup went on to finish fifth, while Coulthard finished ninth and Lowndes tenth, rounding out the top ten for Holden.