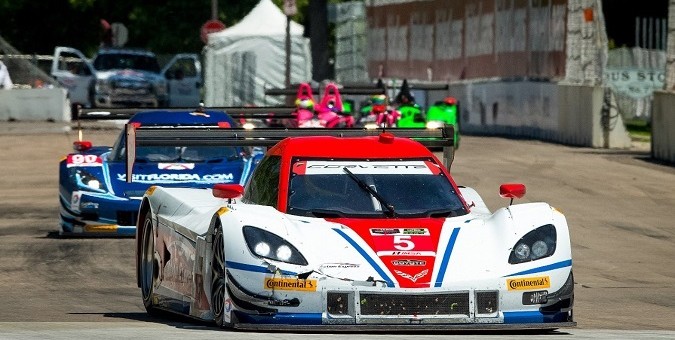 Team Chevy and Wayne Taylor Racing’s Jordan Taylor drove his No. 10 Konica Minolta Chevrolet-powered Corvette DP to a win at Road America Saturday, helping lock in the championship in the Prototype class for Chevrolet. Action Express Racing’s Joao Barbosa and Christian Fittipaldi also managed to come in second behind Taylor, giving them enough points to secure the driver’s championship for themselves and Chevrolet.

“Capturing this Engine Manufacturer title is a tremendous accomplishment for every member of our Corvette Daytona Prototype program,” said Chevrolet Racing Director Mark Kent. “This Championship is the result of a dedicated and collaborative approach by all of our teams and technical partners. The season got off to a great start with an overall win at the grueling 24 Hours of Daytona race and capturing this Championship is a great finish to an exciting year of Prototype competition.”

Corvette Racing, which also participates in IMSA competition in the GTLM Class, wasn’t as happy following Saturday’s race. Despite a hard-fought battle over the course of the eight-hour endurance competition, Corvette Racing’s No. 4 and No. 3 C7.Rs turned up fourth and eighth, respectively. Going into the race, Corvette Racing’s Antonio Garcia trailed SRT Motorsports’ Kuno Wittmer and Jonathan Bomarito by only seven points in driver’s championship. The result on Saturday, which saw Wittmer’s Viper score a third place finish, ultimately locked in the driver and manufacturer’s championship in GTLM for SRT.

This year marked Corvette Racing’s first full season with their C7.R racecar and despite losing out on first-place finish, the team put forth an admirable effort for having an all-new car. The yellow Corvettes will be back next year – hopefully even stronger, looking for the C7.R’s first championship. They’d better get busy though, as were sure there is lots of work to be done before the season opening Rolex 24 at Daytona on January 9, 2015.

Looking forward, the Corvette DP cars may have won, but the program is anticipated to be cancelled by 2016. Corvette Racing, meanwhile, may take racing efforts to a more global level, with expectations to participate in more FIA World Endurance Championship races soon.