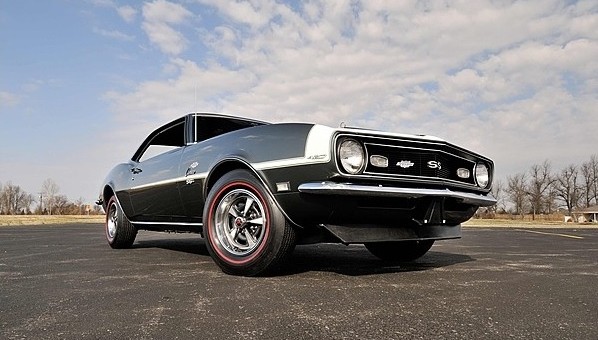 Is doing donuts in a parking lot a felony criminal activity? Apparently so to Wayne County New York police officers. They arrested a father in front of his son and booked him on felony charges.

Joe Graham of Ontario, New York bought a 1968 Chevrolet Camaro as a way to connect with his 14-year-old son. He, like many fathers with boys that age, was probably looking for a way to bond with his son. Getting the bond started off in style, he took his son to an abandoned parking lot to do some donuts. In the span of about 15 seconds, Graham did two donuts and left some tire marks. Innocent enough, right? Nope.

A Wayne County deputy heard the commotion and promptly handcuffed Graham in front of his son. He then proceeded to book him on felony charges, impounded the car and held him in jail for about 2 hours.

How come the deputy was so close? Graham did his donuts outside an innocuous white building which is a police substation. He says he didn’t know what the building was.

“We were just pulling out of the lot and the cops rushed over to the car and proceeded to arrest me,” Graham said to the local ABC affiliate, 13 WHAM. Nickname “Whammy” is unconfirmed.

Graham says he offered to pay for the damage to the freshly painted yellow lines, but that wasn’t enough. The police officials claim he put his son’s safety in jeopardy.

What do you think? Police overreach or a serious safety issue?

Speaking of the son, Graham wasn’t able to make sure he had a ride home and literally had no idea what happened to him while he was being held for those two hours.