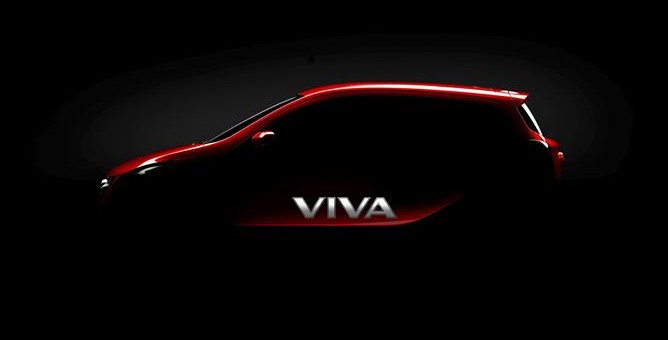 Back in the 1960-70s, the Vauxhall Viva was a favorite of the denizens of the United Kingdom. Vauxhall’s announcement earlier this year that the model will be brought back was good news to many who grew up driving or riding in one. How good is the news? Enough for the Viva to be nominated for the honor of What Car? Reader Award 2015.

“We’re delighted Viva has picked up its first award nomination ahead of its launch next summer,” says Vauxhall Chairman and Managing Director, Tim Tozer. “Offering an extremely attractive price point, Viva will be well specified and come in a range of trims and equipment levels, which will hold great appeal in this rapidly growing sector.”

It’s interesting that an official image of the production car has yet to be released by General Motors, yet folks in the United Kingdom are anxious enough that the magazine put it in its shortlist. Aside of the above teaser, what we do know is that the Viva will be the sister of the Opel Karl, GM’s city car that’s slated to replace the Agila, which is sold under both the Opel and Vauxhall brands.

“Once again, next year will see Britain’s motoring public spoiled for choice when it comes to new and exciting cars hitting the market,” says What Car? Editor, Jim Holder. “The Reader Award has a special prestige for manufacturers purely because it is voted for by their paying public. To get this particular prize is a very good indication that the car you’re toiling over is getting the right reaction from consumers.”

When the Viva hits the streets in mid-2015, it will be slotted below the Adam and Corsa. Readers can vote here, with the winner being announced on January 7, 2015 at the 38th annual What Car? Car of the Year Awards.