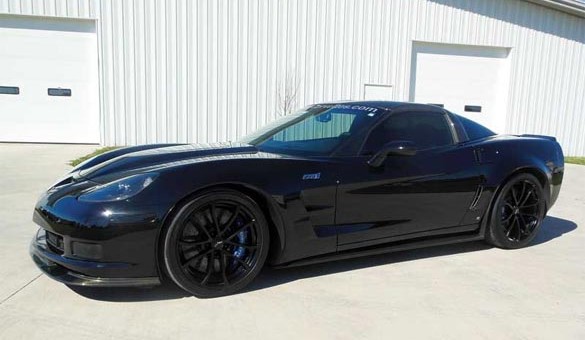 Cars which have been converted to run on E85, a mixture of 85 percent ethanol and 15 percent gasoline, typically have lower emissions and are friendlier to the environment. E85 may be nicer to Mother Earth, but it can result in dwindled performance, which is what makes the National Ethanol Open to be held at Kearney Raceway Park in Nebraska extremely unique.

The National Ethanol Open is restricted to cars which have been converted to run on E85. Among the earth-friendly racers that will show up to the event are three Corvettes touching the 1,000 horsepower mark. With some tuning, cars running E85 can actually make more power than they would have with gas, in part due to its high 105 octane rating.

“By using E85, these Corvette owners are enjoying more horsepower and a cooler-running engine,” Grady Koch of Upland with Kearney Raceway Park told The Kearney Hub. “The Corvettes are seeing 1,000 horsepower, thanks to high-performance E85 fuel.”

Also at the event will be top alcohol dragster James Stevens, who has reached speeds of up to 260 mph in the quarter-mile in his ethanol-drinking dragster. There will also be an inline-six cylinder Toyota dragster running E85, capable of reaching speeds of up to 190 mph.

“Sunday afternoon should be a great family show,” Koch said. “The E85 Corvettes will be racing down the quarter-mile, and we’ll have one of the nation’s top alcohol dragsters, along with dozens of other racers.”

“If you like fast cars that prove that E85 is a high-performance fuel, Kearney Raceway Park is the place to be this weekend.”

The event opens to the public at 7 a.m. on both Saturday and Sunday. The more than 200 Ethanol-fueled cars participating will begin time trials and qualifying at 10, with the E85 Corvettes and dragsters performing demonstrations at 1 p.m. The final competition will be held on Sunday.