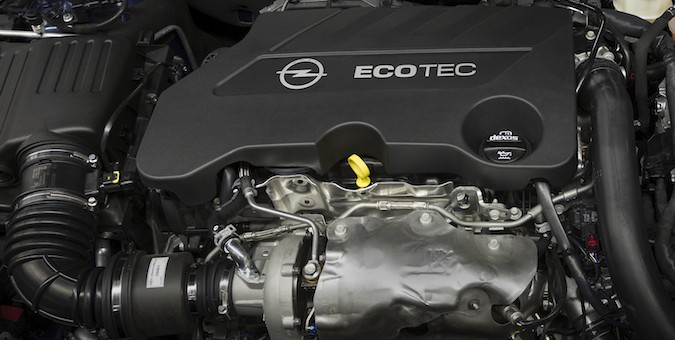 Opel has officially announced an all-new 2.0-liter diesel engine will make its debut in the Insignia sedan and Zafira Tourer MPV at the upcoming Paris Motor Show, which opens to members of the media on October 4.

The new diesel is part of Opel’s new line of engines announced as part of its Drive Opel 2022 initiative. The engine offensive will include 17 new engines to be released between 2014 and 2017.  This new diesel is compliant with Europe’s new Euro 6 emissions standards and is “impressively quiet and smooth,” thanks to extensive architectural improvements, Opel says.

The engine will produce a healthy 170 horsepower and 295 lb-ft of torque, more than the 163 horsepower and 280 lb-ft of the outgoing 2.0-liter CDTI engine currently at the top of Opel’s diesel engine range. It will also be more efficient and friendlier to the environment, although Opel has yet to release exact emissions and fuel economy figures.

“This sophisticated engine makes a perfect partner for our top models Insignia and Zafira Tourer,” said Michael Ableson, Vice President of Opel Vehicle Engineering Europe. “Its high power density, refinement, frugality and sheer fun-to-drive qualities place it among the very best diesels in its class. With Euro 6 compliance, the new 2.0 CDTI fulfills future requirements today, and it will substantially enhance the appeal of our diesel portfolio.”

The 2.0-liter CDTI engine is the first in a new line of large diesel engines and will be available in the Insignia and Zafira starting next year. It will be manufactured at Opel’s Kaiserslautern engine plant in Germany, which also built the outgoing 2.0-liter CDTI engine.