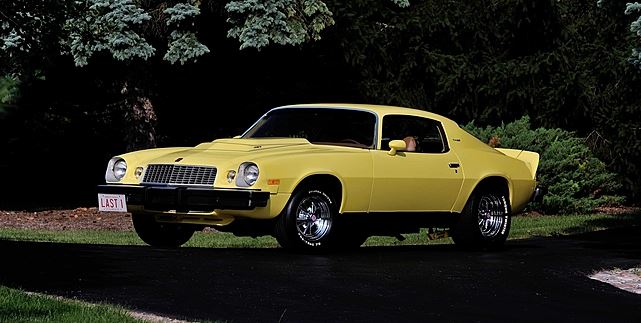 Camaro enthusiasts, pack your bags and book your flight to Chicago because Mecum has quite the car ready to cross their block. Lot number S122 is none other than the last known conversion done by Nickey Chevrolet before it shut its doors in December of 1973.

According to Nickey Chevrolet Performance Manager Don Swiatek, this particular Camaro was ordered by a customer who was enamored with the 1973 Hot Rod Magazine article covering a Nickey Nova L88. The customer insisted the Stage 3 conversion be done to a at the time new Camaro. Thus, he ordered one with the LT package, power steering, and front disk brakes. By this time, the L88 motor had gone out of production, but Nickey ordered L88 short block regardless. He finished out the motor with the correct components from the corporate parts bin including including iron open-chamber heads, 12.5:1 pistons and a Holley 4053 780 CFM 4-barrel carburetor on a low-profile LS6 intake manifold, to ensure it could all be stuffed under the hood. The Stage 3 conversion was finished after the addition of subframe connectors and an upgraded 3.23 Positraction 10-bolt rear end.

The owner held onto the Nickey Camaro for 16 years before it was sold in 1980 to a Mr. Rocco Lucente. He drove the car as is for a few months before deciding the beast needed to be tamed, and went about deconstructing the L88 completely. As any gear head has experienced, we like to lose interest in our projects, as did Lucente. The Camaro sat in storage for 28 years where it was finally discovered once again in 2010 by Nickey Chicago owner Stefano Bimbi. After coming to terms on a price, the vehicle was shipped off to Muscle Car Designs in Joliet, Illinois for a complete restoration.

This truly incredible Nickey Camaro reads a genuine 33,000 miles on the odometer, and was featured on the February 2014 cover of Muscle Car Review Magazine. A certificate of authenticity is included for the new perspective owner by Nickey Chicago.

All we can say is, Chicago in October: be there.