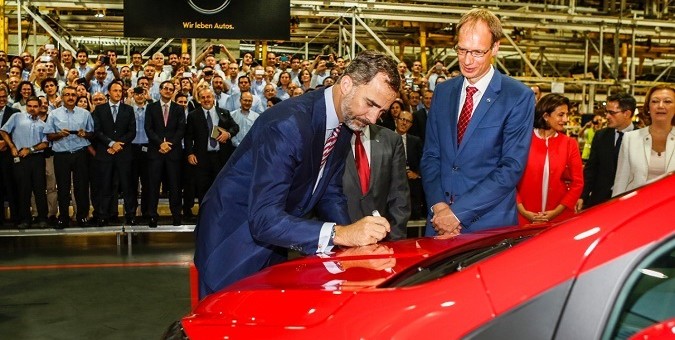 Production of the Opel Mokka subcompact crossover has officially begun in Zaragoza, Spain, the Russelsheim-based automaker announced today. General Motors’ plant in Bupyeong, South Korea, was previously the only plant which produced the Mokka.

Opel invested 80 million Euros in the Zaragoza facility in order to accommodate production of the Mokka and will invest another 210 million Euros this year in the Spanish manufacturing plant. Moving production to Zaragoza secured around 5,700 jobs at the plant, which also produces the Corsa hatchback and Meriva MPV.

“Today is a good day for us. Producing the Mokka in Zaragoza helps us to better utilize our capacities in Europe and to serve our customers more quickly,” said Opel CFO Michael Lohscheller. “Demand for the Mokka remains huge. We have received more than 275,000 orders since its market launch in the summer of 2012. This has made the SUV our third most important model within just two years.”

Opel says manufacturing of the Mokka in Spain will begin with receiving parts from Korea, with the amount of locally produced Mokka parts being increased step-by-step over the next couple of years. Around 20,000 Mokkas will roll off the Zaragoza production line this year, a number which will increase considerably in 2015.

“The Mokka is a key part of our large model offensive,” says Lohscheller. “To 2018, we will introduce 27 new cars and 17 new engines as we grow our market share step by step.”