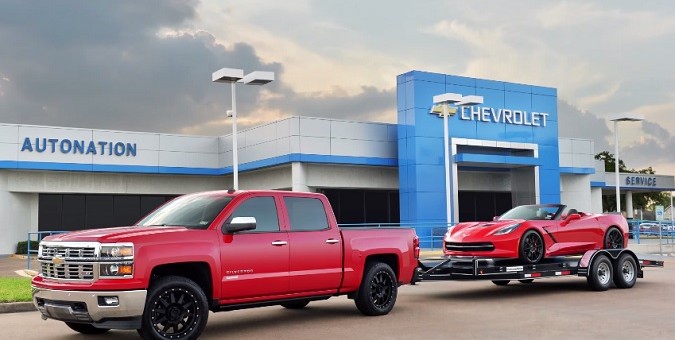 Hennessey Performance Engineering builds countless tuned Chevrolets, Cadillacs and other General Motors offerings each year. They’ve gotten pretty good at ripping open an LS or LT V8 block and slapping a supercharger on top, so they’ve decided to partner up with AutoNation to build and sell even more tuned GM products.

“We’re excited and honored to team up with AutoNation,” said HPE founder and president, John Hennessey. “Now performance enthusiasts across the country can come see our specially built vehicles in person, take a test ride and order their new vehicle from AutoNation and then be sent to us for upgrades.”

Packages for the Chevrolet Corvette, Camaro, SS, Tahoe, Silverado and Suburban will be available from the program’s start. HPE says tuning programs for other models and manufacturers will become available at a later date and will include the all-new 2015 Ford Mustang and aluminum-bodied F-150, among others.

“The Hennessey Performance vehicles have become the benchmark for high performing supercharged vehicles. We look forward to the kick-­‐off of this program at AutoNation,” said Mike Jackson, chairman and CEO of AutoNation.