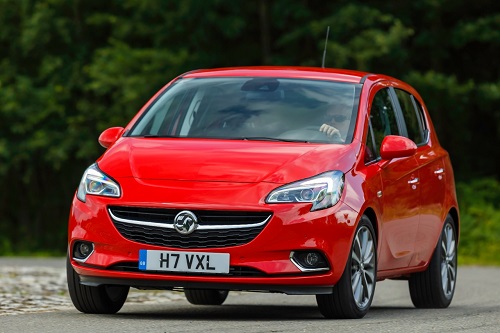 Vauxhall’s CEO Tim Tozer is looking to reintroduce the brand under a new, more identifiable image in an attempt to bring the fight to Ford and other leading competitors in Europe’s demanding compact segments, The Telegraph reports.

Former Vauxhall boss Duncan Aldred previously promised to surpass Ford as the number one automaker in the UK in 2014, but Tozer said that commitment was a bit of a “hospital pass.” However  Tozer still believes with Vauxhall’s three new compacts, the Adam city car, all-new 2015 Corsa and the upcoming Agila replacement, the British brand can give Ford a “damn good run for its money next year.”

A revamped version of the Adam will soon be introduced, along with the all-new Corsa, which was unveiled last month. These two models will be followed by the replacement for the Agila, which will share a platform with the next-generation Chevrolet Spark and revive the historic ‘Viva’ name, a nomenclature used by the brand between 1963 and 1979.

While engineers are hard at work on the company’s new products, Tozer will be preoccupied with trying to find a new brand identity for Vauxhall. The Telegraph says Tozer is meeting with different marketing agencies and consulting with Opel marketing chief Tina Müller to help give the brand a true, lasting image.

“Vauxhall hasn’t been invested in, nurtured or developed in the way it should,” Tozer said. “Is it sexy and aspirational? No. It’s been pushed into the market without much pull and it’s a bit of a promotional brand, which is sad, because the cars are much better than that.”

Tozer said he doesn’t want to stray from Vauxhall’s cheap and affordable business model, though.

“Vauxhall is a generalist car brand. It’s clearly not a brand for [marketing social demographic groups] As and Bs, we are a brand for Cs and Ds, offering quality, value for money and an identity that is woven into the fabric of Britain.”

He added that the restyling of Vauxhall’s marketing and image is “still a work in progress,” but that it should have a plan ready in time for the launch of the 2015 Corsa in the fall.