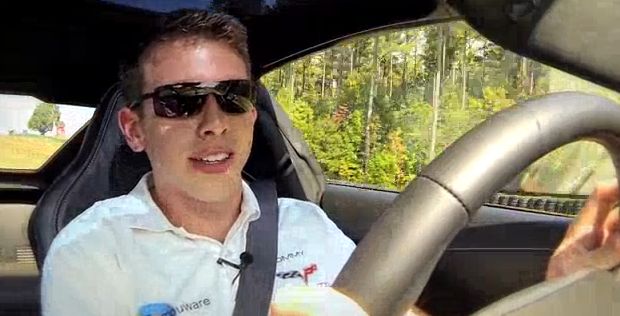 Tommy Milner is a car guy through and through. The Corvette Racing driver recently told Sportscar365 that his main hobby away from the track is sim racing. Yes, even when Milner is not at the track, he’s at the track – digitally.

That’s not all the 28-year-old told the web publication, as he also offered his thoughts on the switch from the Corvette C6.R to the Corvette C7.R, as well as his take on the new TUDOR United SportsCar Championship series.

When it comes to the new car, Milner has seen his fair share of issues. “We obviously had some of those issues at Daytona and Sebring,” he said. Still, the 2011 LeMans winner remains the optimist, noting that “the No. 3 [C7.R] has won three races, so the car is definitely quick. We’ve seen that right from day one.”

Though Milner may not be having as successful of a season as some of his teammates, he has no complaints about the new racing series. “Not a lot has changed for us [in the GTLM class],” he said. “It’s been the same rules [as in ALMS], but pit stops are a little bit different, so that’s been a change for the crew guys.”

Corvette Racing can be seen next at Road America in Elkhart Lake, Wis. for the Continental Tire Road Race Showcase on August 10.