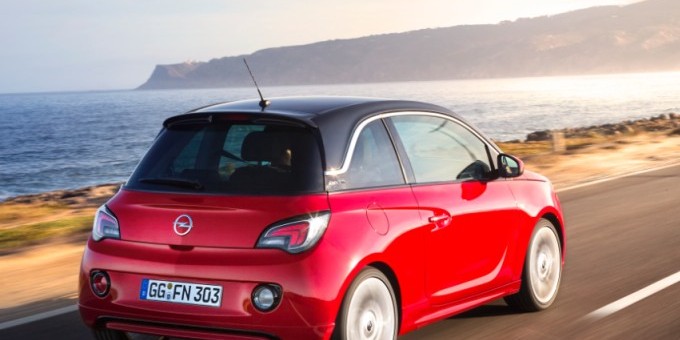 The Opel Adam, the “individual champion” among the small-car market in Europe, reached a historic milestone as Opel has received over 100,000 orders since the Adam‘s inception in early-2013 − including 3,000 preorders for the Adam Rocks.

“Customer demand for the Opel Adam shows us that this type of car has been missing on the market – a car that expresses its owner’s personality, that offers almost limitless customization possibilities and that makes a real statement,” says Chairman of the Board Opel Group, Dr. Karl-Thomas Neumann. “And for the adventure-loving Adam drivers, we now have the robust Adam Rocks in the line-up – extremely unconventional and totally cool.”

But the individuality doesn’t end there, as the upcoming Adam Rocks has fresh colors including numerous interior combinations, plus several roof designs (like the Swing Top canvas roof, which opens up at the touch of button in just five seconds) for the Adam Rocks to be personalized as much as its stablemate.

ADAM ROCKS also features Opel‘s renown IntelliLink infotainment system that should be familiar to ADAM enthusiasts. The infotainment system has a seven-inch color touchscreen and is fully compatible with the latest Apple iOS and Android-based smartphones. Its easy operation helps ensure safe driving.

The new mini-crossover will be in dealerships at the end of September, which should help the ADAM achieve 200,000 in orders before too long.