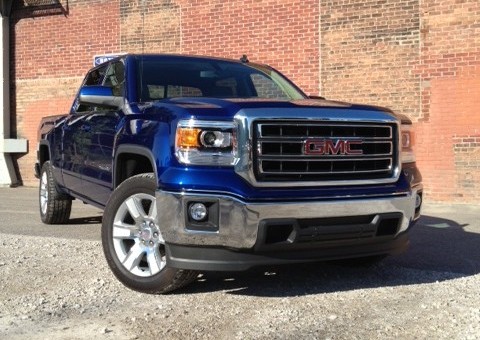 On August 4th, 2014, General Motors filed a trademark application with the United States Patent and Trademark Office (USPTO) for the term “Sierra Elevation”.

Given that the trademarked term contains the word ‘Sierra’ in its title, common sense would suggest that the name in question is bound for a variant of the GMC Sierra full-size pickup truck. But what would a GMC Sierra Elevation be, exactly?

Rumors of General Motors considering a “true” offroad-oriented variant of its full-size K2XX-based pickup trucks have been circulating since the launch of Ford’s F-150 SVT Raptor. As such, the name “Elevation” seems a perfect fit for a variant of the GMC Sierra to take on the Raptor, a vehicle that has been defining the category of offroad-focused full-size pickup trucks. That said, assuming that the Sierra Elevation will become the off-road trim level of the Sierra, we do have to wonder about an equivalent variant for the Chevrolet Silverado.

To note, if the term Elevation sounds familiar, that’s because General Motors filed a trademark application with the USPTO for the term “Elevation” earlier this year. That filing took place on April 4th, 2014 and the application currently carries serial number 86242370.