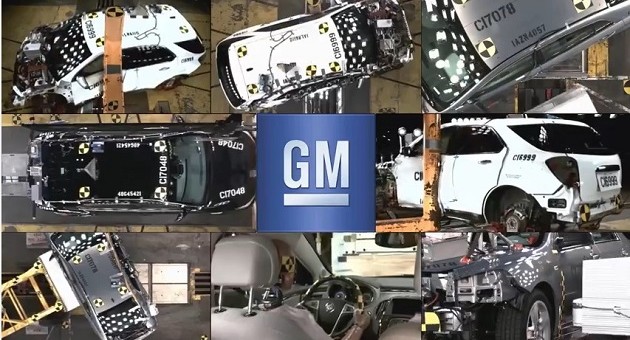 General Motors is reflecting upon the industry firsts and technological advancements it has achieved at its Milford Proving Ground as the test facility nears its 90th birthday in October.

The Milford Proving ground in Milford, Michigan opened in October of 1924. Since then, GM has used the testing grounds to develop and test countless new models. In a video released celebrating Milford’s anniversary, clips of crash tests from the late 1920s and early 1930s show some crude methods of car testing. Today, the proving ground is jam packed with technology. No more pushing cars down hills for rollover tests.

“The technology used today to research vehicles is far superior to the past, but the intention stays the same, put vehicles to the test in the name of safety,” said Jack Jensen, a GM engineering group manager. “We have more sophisticated dummies, computers to monitor crashes and new facilities to observe different types of potential hazards. All those things together give our engineers the ability to design a broad range of vehicles that safely get our customers where they need to go.”

One industry first GM developed at Milford were test dummies. In the early 1980s, a GM safety team built the Hybrid III dummy for crash tests, which quickly became the universal standard for frontal crash test dummies and remains so today all over the world. Milford was also home to the first North American rollover crash test facility in 2006 and was the site where GM tested the first-ever front-center airbag for full-size crossovers.

Happy birthday, Milford. Here’s to another 90 years of car testing and abuse.