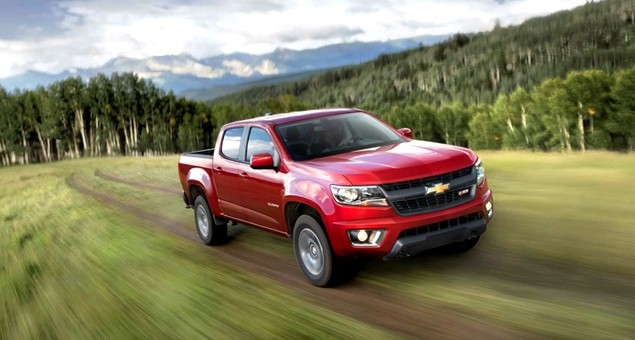 Many were, and still are, skeptical of General Motors’ decision to offer smaller mid-size pickups which undercut the price and size of its full-size offerings. The belief is that customers would rather pay a little more and get a bigger, more capable truck, but according to Automotive News data, the market dynamics have shifted in recent years, and many consumers are looking for something priced from $20,000 to the low $30,000s.

Mid-size pickups such as the Dodge Dakota and Ford Ranger were discontinued as they became older and increasingly less popular, while consistently losing out in the sales race compared to their full-size counterparts. GM is now looking to revive the segment, which its fellow American automakers abandoned years ago.

The main reason for the lackluster sales of smaller trucks was steep discounts being offered on full-size pickups. The pricing gap between the two became insignificant, and many consumers decided to pay a little extra to get a lot more truck. However AN says a demand for new content, technology and features on full-size pickups has driven the prices up, with average net transaction prices in the segment hitting a record high of $37,568 this year. This has led analysts to say that GM’s less expensive and smaller mid-size offerings — the 2015 Chevy Colorado and 2015 GMC Canyon — couldn’t have come at a better time.

“We’ve seen [full-sized] truck prices rise so much in recent years, it does leave a void in the market for smaller trucks with decent content and amenities,” Edmunds senior analyst Jessica Caldwell told AN. “The timing is as good as it’s been in at least a decade.”

GM announced pricing for its 2015 Chevrolet Colorado and GMC Canyon last week. The base 2015 Colorado with an extended cab layout and a 2.5-liter, 200 horsepower four-cylinder engine will come in at $20,995, about $9,700 less than the same trim-level Silverado with a crew cab, and still $5,600 less than the least expensive 2014 Silverado you can buy.

Dealers are echoing analysts’ thoughts when it comes to the pricing and timing of GM’s new mid-size trucks. The previous Colorado and Silverado “stepped all over” each other in terms of pricing, said Rick Cantalini, a manager of a dealership in Texas. This time, GM has held off on offering extreme rebates on its full-size offerings, creating a larger price gap between the two models.

GM may be on the right track with the new Colorado and Canyon, but analysts are still being cautious when it comes to sales predictions. Sales estimates from IHS Automotive, AutoPacific and LMC Automotive range from 73,000 to 91,400 combined sales of both trucks in the first year, much less than the 664,803 Silverados and Sierras GM sold in 2013.