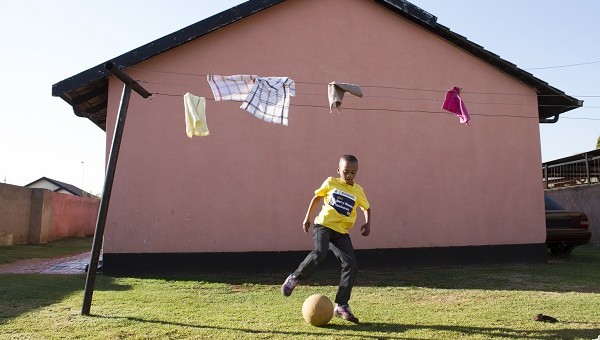 Chevrolet has announced it will host 11 children from around the world in England this week to serve as mascots for Manchester United’s Premier League season opener on Saturday. The effort is part of Chevrolet’s $559 million sponsorship deal with Manchester United and the related “What Do You #PlayFor?” campaign.

The children range from ages 10-13 and are from Brazil, China, South Africa, South Korea and the United States, among others. They were each chosen for their love of the game, determination to overcome a variety of challenges and their ability to realize anything is possible, Chevrolet says.

“Enabling these children to live the dream of being on the Old Trafford pitch with the Manchester United first team is an unprecedented and dramatic way to celebrate our global partnership with the club and our mission to spread the power of play around the world,” said Tim Mahoney, chief marketing officer for Global Chevrolet. “Watching them walk onto the pitch is sure to inspire football fans everywhere, and certainly will be special for their families and friends, as well as everyone at Chevrolet and Manchester United.”

In addition to serving as mascots during the opener at Old Trafford, the children will attend Manchester United’s famed Soccer School, meet the club’s legends, receive a tour of the iconic Old Trafford stadium and more. The opportunity is all part of Chevrolet’s “What Do You #PlayFor?” campaign, which aims to bring football fans closer to the sport and “spread the power of play around the world.”

Other ways Chevrolet has attempted to bring fans closer to the sport through its #PlayFor initiative include revitalizing a pitch in Bandung, Indonesia on behalf of an organization that uses soccer to increase the quality of life for people living with HIV and drug addiction and donating a pop‑up pitch, pickup truck and trailer for kids in gang-ridden areas of Chicago to play soccer and learn valuable life skills.