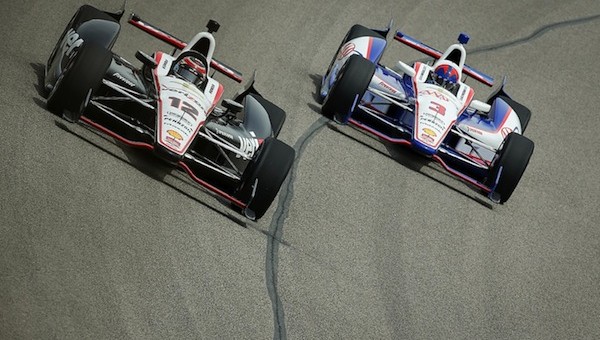 Chevrolet has clinched the Verizon IndyCar Series Manufacturer Championship after winning 10 of the first 16 races in the 2014 season. Scott Dixon’s win at the Supply Wisconsin 250 last week secured Team Chevy’s win with 2 races still left to go in the 18 race season.

“We are very proud of all of our teams and partners for their contributions for their hard work and dedication that have contributed to Chevrolet’s third consecutive championship,” Jim Campbell, Vice President of Chevrolet Performance Vehicles and Motorsports, said in a statement. “This is an exciting time for us and this program.”

Team Chevy made the return to IndyCar competition in 2012 and has won all three Manufacturers Championships since and won the Driver’s Championship with Ryan Hunter Reay that same year. They are poised to win a second driver’s title this year, with Power and Castroneves in first and second in the standings, respectively.