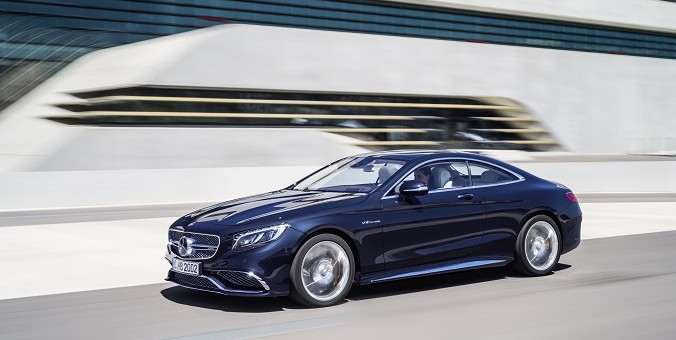 Mercedes-Benz went official with their new 2015 S65 AMG full-size luxury coupe today. The new two-door packs a twin-turbocharged 6.0-liter V12 under its hood, producing 621 horsepower and an impressive 738 lb-ft of torque. The engine is linked up to a seven-speed automatic transmission and makes the S65 good for a 0-60 mph sprint of 4 seconds. It also has almost all the same luxurious amenities as the standard S-Class sedan and in typical S-Class fashion is jam packed full of new technology. Sounds good, doesn’t it? The real question though, is should Cadillac make a competitor to the S65?

As we know, Cadillac is currently developing a new, full-size sedan which may be called LTS. The luxury four door will slot in above the current Alpha-based CTS and will go head-to-head with the aforementioned Mercedes S-Class and other established names in the executive sedan segment such as the BMW 7-Series, the Audi A8 and the Lexus LS. Very little is known about the ‘LTS’, but as far as we know, a coupe variation isn’t on deck.

Creating a competitor to the S65 AMG based on the LTS would be a difficult task for Cadillac, but far from undoable. The next-generation CTS-V is rumored to receive a version of the 650 horsepower LT4 supercharged V8 set to find its way into the 2015 Corvette Z06, a power plant which could also be easily adapted for use in our theoretical high-performance LTS Coupe. Additionally, if Cadillac didn’t want to make anything as extreme as the V12 S65, they could set their car up to compete with the S63 AMG, which uses a smaller, twin-turbocharged 5.5-liter V8 to produce 585 horsepower and 663 lb-ft.

If Cadillac was waiting around for a reason to put the well-received Elmiraj into production, Mercedes has given them one with the S65 and S63. The brand has already said it won’t be going product-for-product with BMW or Mercedes though, both of which now have very vast portfolios in comparison. This makes the chances of Cadillac producing a performance-oriented full-size luxury car slim, but it would show consumers they are serious about competing with the S-Class, a car which has long been thought of as the king of the luxury sedans.