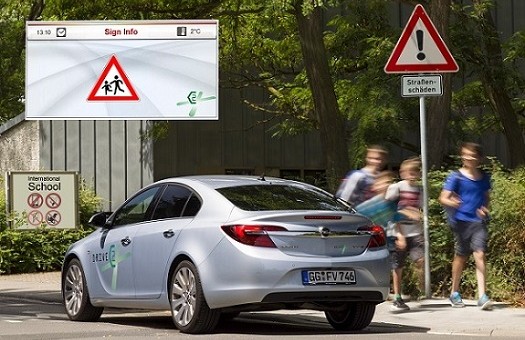 Researchers and engineers are constantly looking for ways to improve the safety of our roads. Most recently, automotive engineers have been busy developing cars which communicate with other cars and motorists on the road to help anticipate and avoid collisions and other accidents. Opel has been testing car communication systems under real world conditions for the Drive C2X program, a consortium co-funded by the European Commission to develop these “Car2x” systems. Now, testing on the technology is complete, with the majority of test drivers saying they would use the systems and would be willing to pay an additional price for them.

Drive C2X involves 46 other partners aside from Opel and looks to establish communication between all cars and the traffic infrastructure, creating an intelligently controlled road network. Field tests have been done in several countries across Europe by each project partner to demonstrate the advantages of their cooperative system. Opel tested systems which warned motorists of construction sites, traffic jams, approaching emergency vehicles, and weather and road conditions. The company also tested systems that optimize flow at traffic lights, provide real-time traffic sign information and give warnings of upcoming dangers or obstacles.

Opel supplied the program with a specially-equipped Insignia sedan equipped with technology which would warn the occupants of changing weather conditions and also led the testing of each participating manufacturer’s individual car communication system.

“It was important to find out whether the various cars could even communicate with each other, since each manufacturer uses different hard and software”, explained Opel electronics development engineer, Bernd Büchs. “Field tests in Helmond, Netherlands, demonstrated that the communication between vehicles functioned very well”.

Opel testing the weather-warning system for the Insignia in Finaland. Sensors on the car gather data as the car travelled down roads most affected by temperature, fog, rain or snow and relayed the information back to other vehicles via Car2X technology. They also tested their sign recognition system, which will inform drivers of coming road signs or any they may have missed. During testing, Opel found small details which could jeopardize the system’s accuracy. For example, in Germany, signs that warn of wild animals crossing show a deer, while in Scandinavian countries the signs show a moose. The electronics in Car2X vehicles must be able to adapt to such differences so that the car reacts the same way in every country.

Auto industry professionals predict the Car2X vehicle communications system will be ready in two to five years’ time. For now, Opel and the 46 consortium partners are focused on standardizing the systems, integrating them into vehicles and making them easy to use. The technology must also be affordable for the majority of consumers, as the technology will only work if many drivers use the system.