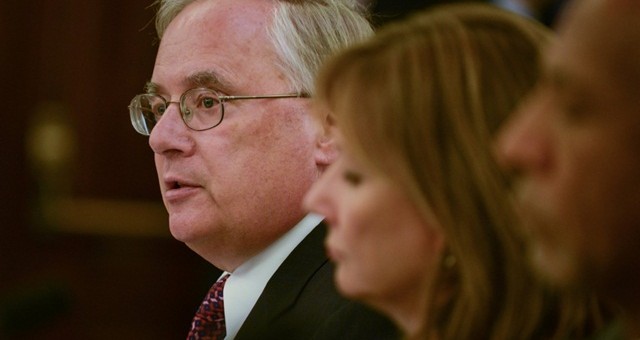 General Motors CEO Mary Barra has been steadfast in her defense of GM’s top lawyer, Michael Millikin, despite cries from safety advocates and lawmakers that GM is not doing enough. Some legal and automotive experts feel that Barra should let Millikin whither away.

CEO of Friedland Realty Advisors in New York, attorney Ayall Schanzer, told Forbes, “I definitely would push Millikin on his sword” if he were Barra. “It would be a way to show both Congress and the marketplace that you’re really serious about changing the culture.”

Another attorney, with long ties to General Motors, echoed that Millikin “ought to offer his resignation. His continued employment as general counsel is a distraction. And GM ought to bring in a big-name attorney from outside to replace him.”

From a business perspective, Barra has drawn praise for her attempt to right the wrongs perpetrated by General Motors, but lawmakers in Washington have taken Barra to task for GM dismissing several top lawyers and other senior managers, but not Millikin. He’s “a man of incredibly high integrity. He’s the person I need on this team,” Barra recently said.

In response, Sen. Claire McCaskill (D-MO) said, “How in the world, in the aftermath of this report, did Michael Millikin keep his job? This is either gross negligence or gross incompetence on the part of the lawyer, the notion that he can say, ‘I didn’t know.’”

Schazer opined, “It’s one thing to signal, it’s another thing to actually change the culture. Some of the change has to be organic, but some has to be based on messages that you send to the marketplace.” Added the other attorney (with ties to General Motors), “Even if [Millikin] didn’t know, he should have known. He was in charge of a department that screwed up.”