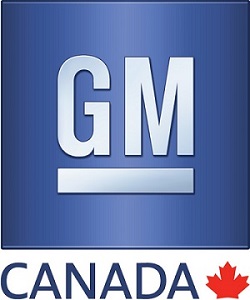 While General Motors’ United States sales have remained strong throughout the company’s recent recall woes, our neighbors up north have not been so kind, as sales at GM Canada have dropped by 2.3 percent in the first-half of 2014.

Bloomberg Businessweek reports that GM’s woes in Canada likely began before the company’s scandalous ignition switch recalls hit the news. “Some of it’s related to the recalls, some of it’s just because they have horrific issues in their distribution network with car dealers fighting with each other going back five years in the bankruptcy,” said president of DesRosiers Automotive Consultants Dennis DesRosiers.

DesRosiers told Bloomberg Businessweek that GM Canada did not file for bankruptcy as its US counterpart did in 2009. Instead it chose to get rid of nearly 250 dealers “overnight.”

“In a lot of the small and midsized towns where these dealerships closed, the loyalty was more with the dealership than with the brand,” DesRosiers added. Or as Bloomberg Businessweek put it: “When dealers decided to sell another brand, their customers followed.”

Other factors may be prohibiting the company’s sales success up north, such as its brands’ limited presence in major cities like Toronto and Vancouver. “The land there is just so expensive and so hard to get,” director of special analysis for IHS Automotive, Margaret Little, told the business publication. As such, the company’s market share in Canada fell below that of Chrysler and Ford. Conversely, GM leads all other automotive brands in the US for market share.

As GM’s seventh-biggest market, Canada is particularly important to the company. With total vehicle sales in Canada up for the first half of the year, GM Canada may need to reevaluate its strategy to ensure its success in the growing market.