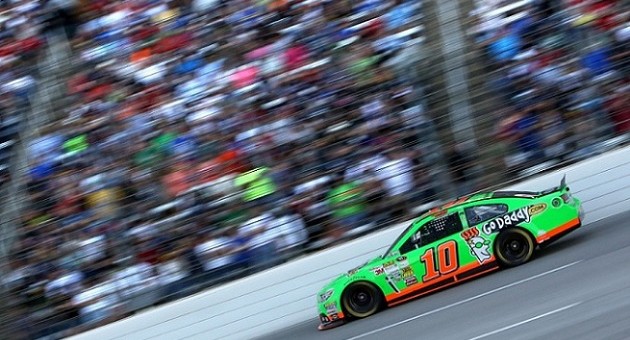 Danica Patrick had a promising start to her race at Indianapolis Motor Speedway Sunday after qualifying 14th and running in the top 15 for much of the race, but her success was short lived. As the former open-wheel IndyCar driver exited pit road following a green-flag stop on lap 69, smoke began to billow out of the back of her car, putting an unfortunate end to her race.

“There is a locker spring and that’s what tells the right rear to spin versus the left rear and both of them together. From what I can see, visually, it looks like the locker spring broke. So nothing would spin other than the right-rear tire,” Gibson told USA Today.

In NASCAR Sprint Cup Series racing, Patrick has three career top-10 finishes and one pole position. The incident on Sunday marks the second disappointing finish for her at The Brickyard after she finished 30th at the track last year.

“It’s disappointing and the GoDaddy guys built me a really good car. Hendrick gave me great horsepower. We were the fastest car out there at times. We qualified better and had a good car for the race, it just didn’t end the way we wanted it to,” Patrick said.

The Stewart-Haas Racing crew immediately got the No. 10 Chevrolet SS in the garage and began to work on it. They made the necessary repairs in time for the car to return to the track on lap 95, but the team called it quits on lap 142.