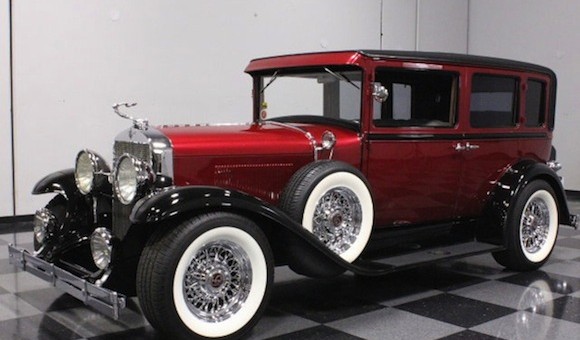 There are some who love the idea of owning a vintage Cadillac from the 1920s, but the thought of the powertrain breaking and them having to replace some tiny, expensive and near-impossible to find parts turns them off. If only there was a car which combined modern day reliability with the style and class of a Cadillac from the roaring 20s..

Coincidentally, this 1927 Cadillac LaSalle that recently popped up for sale on eBay fits that description perfectly. At a first glance the car appears like a typical 1920s Cadillac, but under the hood it’s hiding an unexpected secret. Nestled in the Cadillac’s huge engine bay, which actually makes it look rather compact, is the 6.2-liter LT1 V8 from a fourth-generation Corvette mated to a 4L60E 4-speed automatic transmission.

Yes, we know a 1920s Cadillac with a Corvette engine is a scary proposition. That’s why the builder boxed the frame for added strength, installed a stainless-steel gas tank and put disc brakes at all four corners. It might not be ready for a lap of the Nurburgring, but it will happily putz around town all day problem free, which you cant say about too many other cars from the 1920s.

The buyer of this LaSalle can also delight in other modern day amenities such as an A/C system, a VDO instrument cluster, power steering and an AM/FM/CD stereo system. Check out the listing for more information and pictures.