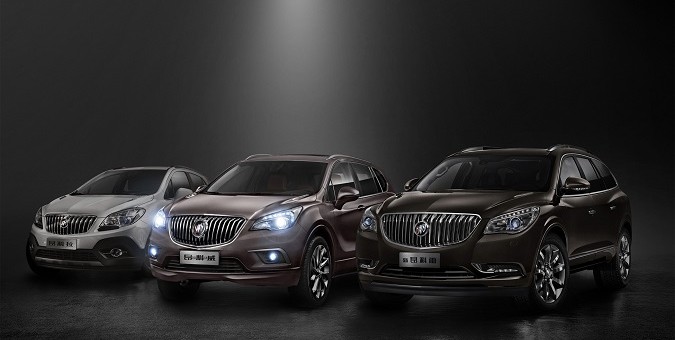 Earlier this month, Buick confirmed the addition of a new crossover, the Envision, to its model lineup in China. Then, a little over a week later, a prototype version of the vehicle was spotted undergoing testing in the country, giving us a sneak peek at the SUV’s side profile and front end. Now, Buick’s secret is out after multiple images of the car completely uncovered were leaked online.

The 2016 Envision will slot in between the subcompact Encore and the full-size Enclave when it arrives at Chinese Buick dealers later this year. As you can tell, the SUV has the typical Buick styling cues, including the brand’s signature waterfall-style grille.

The 2014 Envision will ride on General Motors’ new D2XX vehicle platform and will, at least, be powered by a 2.0-liter turbocharged inline four-cylinder engine producing 260 horsepower and 247 pound-feet of torque. The boosted four-banger will be paired with a six-speed automatic transmission powering the front wheels, though a fancy all-wheel drive system will be available as an option.

The cabin is also expected to adopt signature Buick styling cues and will feature an eight-inch color touch screen with GM’s IntelliLink infotainment system. More information on the Envision will become available as its official debut date nears.