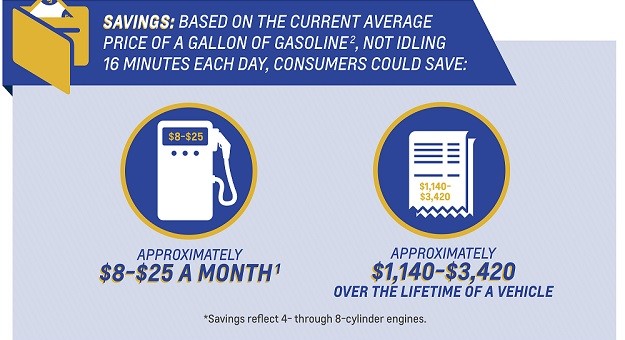 Chevrolet’s 2014 and 2015 Malibu is leading the way in making start/stop technology standard in the mid-size sedan market, Chevrolet says. Ninety-seven percent of customers who purchased a Malibu in 2014, accounting for about 83,000 vehicles, opted for the 2.5-liter, 4-cylidner engine with standard start/stop tech, making for the most aggressive roll out of stop/start technology in the U.S. by an American automaker.

Start/stop reduces both fuel consumption and emissions by shutting off the car’s engine while it is stopped, when it normally would be needlessly idling and wasting fuel. The engine will conveniently kick back into life in 337 milliseconds, which Chevy says is as fast as the blink of an eye, once the driver lifts their foot off of the brake pedal.

The 2014 Malibu became the first Chevy in the U.S. with standard start/stop technology when it was introduced last fall. Not long after, J.D. Power’s Initial Quality Survey, which measures the perceived quality of vehicles after 90 days of ownership, ranked the 2014 Malibu ranked higher than any other vehicle in its segment.

“Chevrolet will continue to bring innovative technologies across our product lineup and stop/start is one of many ways we are helping customers save at the gas pump,” said Steve Majoros, director of Chevrolet cars.
Start/stop technology is crucial to reducing emissions and saving consumers money. According to Sustainable America, the average American driver spends 16 minutes each day idling in their car, which adds up to four days a year going nowhere. Needlessly idling also wastes 3.8 million gallons of gas each day in America alone.

Going forward, Chevrolet will continue to implement start/stop on its other models. The automaker announced the addition of the technology to its 2015 Impala sedan, improving fuel economy in the full-size car by 5 percent. It will also continue to make start/stop standard, as worldwide sales of vehicles with the technology will grow from 8.8 million in 2013 to 55.4 million in 2022, according to a report from Navigant Research.