I’m not going to sit here and dish out the redundant comparison between the 2014 Cadillac ELR with the Tesla Model S. They’re very different vehicles. For one, the ELR is a compact EREV coupe. The Tesla is a five-door, full-size vehicle that is exclusively electric. And to be able to achieve the total range of the ELR, the price of the Model S goes well beyond the MSRP ceiling of the limited-production ELR — the likes of which has already been criticized as being too expensive.

So just why is the ELR considered to many to be too much coin for the car? Most argue that the starting MSRP $75,000 is too far ahead of the Chevrolet Volt while seeing minimal gains in performance. But performance isn’t always everything in a vehicle, as the ELR could be perceived as twice as stylish, twice as luxurious, and far more exclusive. And as a Chevrolet Volt owner, I’m able to be a bit more in-tune with the differences between the ELR and the Volt, as well as the similarities. 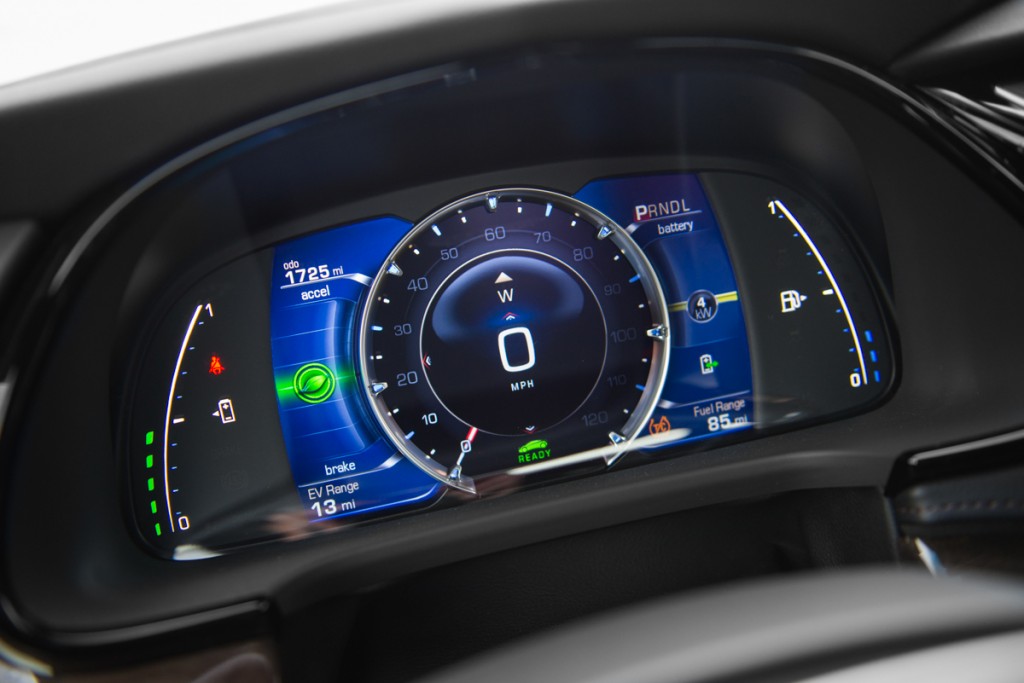 Step into the cabin of the 2014 ELR, and you’re instantly greeted with sci-fi sounds that are cool at first, but begin to fade to the point of being tacky. It would be nice if there was a way to either shut the sound off altogether, and turn it back on for when impressing friends with a fancy schmancy plug-in car. From the inside of the 2014 ELR, the dramatic and clear digital instrument panel is the highlight in the cabin, though somebody needs to tell the color and trim department that brown leather doesn’t seem to pair well next to carbon fiber and black accents. Nor does the carbon fiber go well next to the touches of wood paneling, though the alcantara headliner is always welcome. The clean head layout of the CUE system is pleasant to look at, but there’s been no shortage of gripes when using it. Oh, and FYI, GM, not everybody wants their mobile device to autoplay music when they plug it in to charge. Still, I can’t help but feel like I’m piloting an A-Wing when I gaze at the IP, watching my speed drop as I engage Regen on Demand with a press of one of the paddles (and not a pedal). As an aside, the Cadillac ATS could use a similar IP layout in place of its rather basic setup seen today.

The exterior of the 2014 Cadillac ELR is nearly identical to the Converj concept from 2009, which at first was green-lit, then cancelled, than dusted off the shelf to become the luxury EREV on the market today. As far as looks go, this is a very good thing. And even though it’s based on the shape of something from five years ago, it doesn’t look a decade before 2030. Fantastically futuristic form. Yet this charm isn’t matched with driving substance.

Compared to the Volt, a vehicle with the same propulsion system and platform, the driving experience is improved gradually in several ways. Not so much in the acceleration, but in the ride and handling department, along with overall refinement. This is largely thanks to the HiPer Strut front suspension, compound-crank with Watts link rear suspension and Continuous Damping Control. None of that can be found on the Volt. Neither can the Safety Alert Seat, Forward Collision Alert and Lane Departure Warning, or the available Side Blind Zone Alert with Rear Cross-Traffic Alert and full-speed-range adaptive cruise control. Then there’s the Bose 10-channel audio system with active noise cancellation, which significantly drowns out the droning engine noise emitting from the gasoline generator engine when the batteries lose their charge. An annoying buzz I’m all too familiar with when running out of electrical juice in Voltron. But none of that changes the fact that this has to be one of the slowest cars on the market selling above $70,000 right now. And there’s some very impressive performance hardware competing for your money at that price point on the market today. 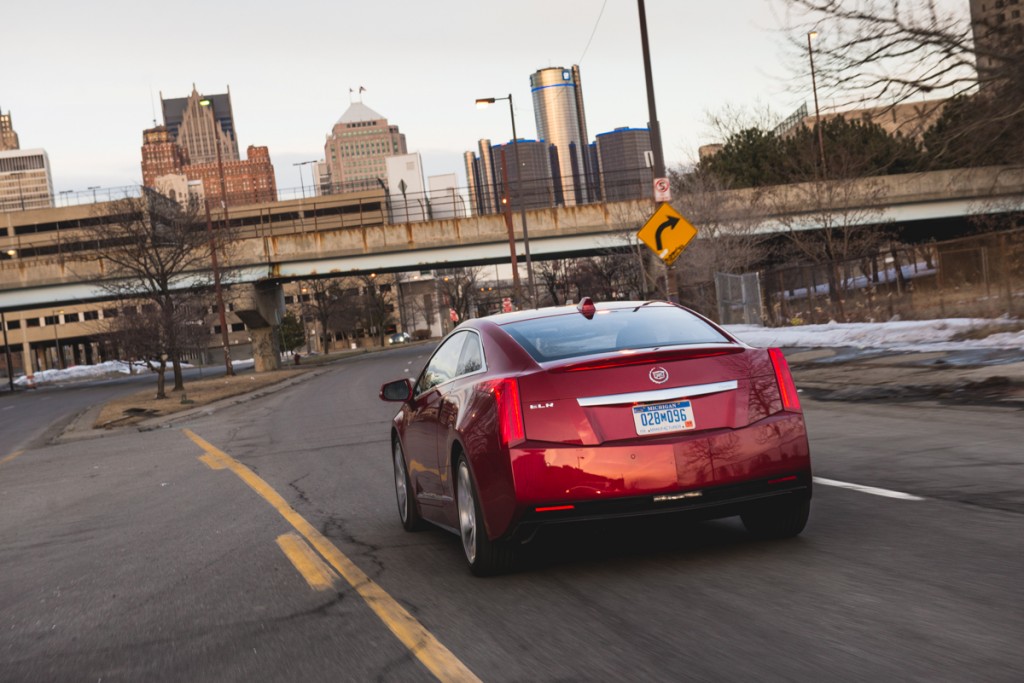 In short, the 2014 Cadillac ELR is a great arrival vehicle, thanks to its rarity (read: extremely low volume) and spaceship looks. But while it’s a better driver than the Volt, it’s not twice as good, as the MSRP suggests (though this one probably turns a profit). And dealers know it. Moreover, it’s a perfect example of how technology has an easier job trickling down into lesser products than trying to trickle up. And though it has no mirror rival (it’s not in the class of a Tesla Model S, or a BMW i8, or what have you), its powertrain feels a generation behind, making it a tough sell for the price. In some ways, it feels like Apple trying to sell an iPhone 4S at full fare when everyone is already onto the Samsung Galaxy S5 Active. Though there is a fashion-item-sense to the car. But had GM stuck to the plan of launching the ELR a few years ago, people would be holding a different conversation about the the little Cadillac plug-in completely.