Transformers, robots in disguise. The theme song of the old cartoon is certainly played up in Hollywood, as the vehicles in the Transformers movies are more eye candy than subtle, though no car in the franchise has gotten more attention than the fifth-generation Chevrolet Camaro, also known as Bumblebee. While no Hollywood director would turn down a supply of Camaros for their film, Chevrolet still got the better end of the deal in the series. While the yellow Camaro with black rally stripes found its way onto many a bedroom wall, it’s much more affordable than the Lamborghini Countach or the Ferrari F40 that found themselves on those same walls one generation ago. Transformers made the Camaro the dream car of young children and the car worth putting in overtime for the middle class car enthusiast. Sales have been great since 2007, and dreams have been rekindled time and time again with each movie release, some being sparked for the first time this year on June 27 with the release of Transformers: The Age of Extinction.

Michael Bay said that Bumblebee needed a fresh look. North Hollywood Design Center is doing just that, making the Camaro even more menacing in appearance. It will be leaner and bolder. According to GM, it has “design cues that could put it years into the future”. As the healthy relationship between GM and the Transformers franchise has only flourished since the inception of the film series, the Camaro design is just the start of General Motors’ contribution to the film. Crosshairs will be played by an Allspark Green Corvette Stingray. It will even feature a Sonic rally car. Even the location was partly due to General Motors with filming taking place at the Proving Grounds in Lansing, Michigan and the GM Design Center in Warren, Michigan.

The Transformers movies and GM have grown together. As the movies have been influenced by the Camaro, so has the Camaro been influenced by the movies. Having been released in a time of economic difficulty, the Camaro filled the spot that the Corvette Z06, Ferraris, and other supercars occupied in people’s heads as dream cars. In a time where many had very little to be happy about, the Camaro was a superhero on the big screen and a little hero in the hearts of the hopeful. It’s been seven years now, and the economy is getting back on track. Camaro sales are up and filling driveways in America, as well as the hearts of its owners with joy and fulfillment. 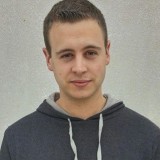