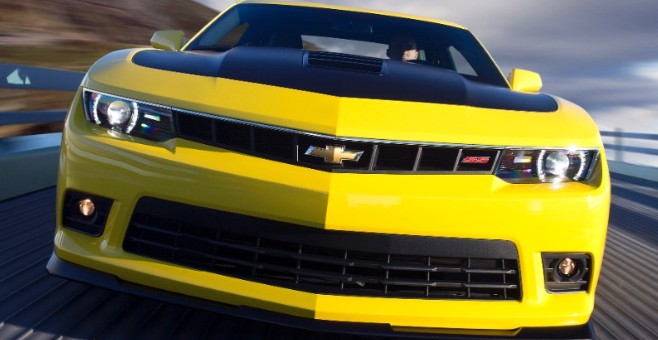 It’s long been thought that the next generation Camaro would ride on General Motors’ newest rear-wheel drive architecture, Alpha, which underpins the Cadillac ATS and CTS. According to Automobile, the Camaro will ride on the long wheelbase version of the Alpha platform, like the CTS, but it will be five inches shorter than the luxury sedan. The new platform is also narrower and lighter than the outgoing Zeta architecture the current generation car rides on.

Interestingly, Automobile believes the next-generation Camaro will be sold with a 2.0-liter turbocharged engine, potentially the same 272 horsepower, 295 lb-ft. 2.0-liter LTG engine found under the hood of the ATS. This goes against other information we’ve heard, which suggested a new, more efficient V6 is in order, along with V8 engine options. It seems it could be a possibility though, especially if sales of Ford’s 2.3-liter EcoBoost Mustang turn out to be a success.

As for the styling, if Chevrolet is indeed planning on pulling design cues from the second-generation car, Automobile’s renderings probably aren’t too far off. The current car sold well largely due to its dramatic styling, making it difficult to see them toning it down for the all-new model.