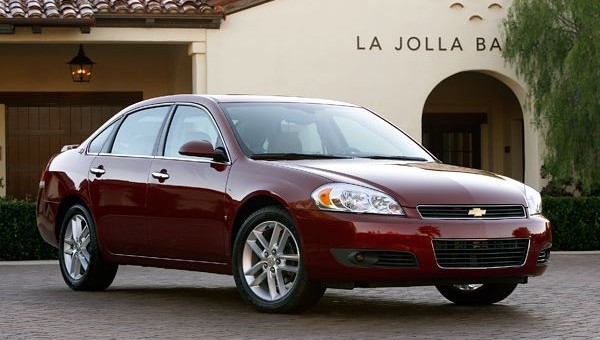 General Motors recently issued a recall for several different models due to an ignition switch issue similar to the one that plagued 2.7 million of its small cars and resulted in the deaths of 13 motorists. Wrapped up in that recall was the 2006-2014 model year Chevrolet Impala, a car which a GM employee warned the automaker about in 2005 due to a flaw which she considered a serious safety issue, The Detroit News reports.

Laura Andres was driving a 2006 Impala when it suddenly shut off while she was driving about 45 mph. The information was revealed in an email read by Rep. Fred Upton, R-St. Joseph, during yesterday’s House hearing on GM’s recalls. After the mishap, she forwarded a complaint about the matter through a number of departments within the company before an email titled “Hot Alert for the 2006 Chevy Impala Special” made its way to the same engineer who designed the flawed switch in the Chevrolet Cobalt ,Saturn Ion and other GM small cars, Ray DeGiorgio.

“I think this is a serious safety problem, especially if this switch is on multiple programs,” Andres wrote in the email, which was dated October 2005. “I’m thinking big recall. I was driving 45 mph when I hit the pothole and the car shut off and I had a car driving behind me that swerved around me. I don’t like to imagine a customer driving with their kids in the back seat, on I-75 and hitting a pothole, in rush-hour traffic. I think you should seriously consider changing this part to a switch with a stronger detent.”

After Andres took the car to a GM technician, he mentioned that similar shut offs had occurred in the Pontiac Solstice sports car. DeGirogio dismissed this, saying that the switch used on the Impala and Solstice were not the same and he had never experienced the issue when driving an Impala.

“To reiterate, nearly nine years ago, a GM employee suggested the stalling of a ’06 Impala was a serious safety problem and speculated that a ‘big recall’ was coming,” Upton said during the House hearing. “So when was the recall for the ’06 Impala announced? Two days ago, Monday.”

CEO Mary Barra responded saying the company considers engines stalls a serious safety issue now, but it didn’t in 2004 when the ignition switch recall storm was quietly brewing. Barra pledged that if a stalling issue or similar problem is brought forth in the future, GM will “immediately take action.”