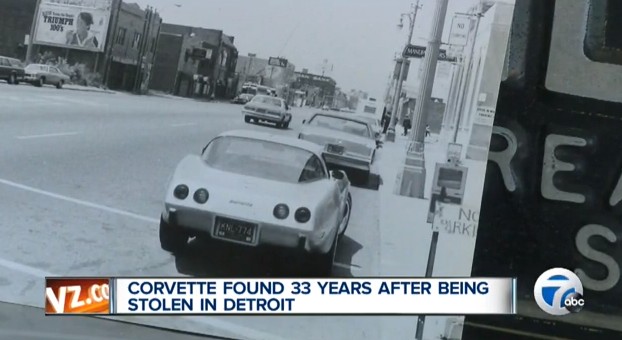 George Talley parked his 1979 Corvette on Jefferson Avenue in Detroit in July of 1981, and that was the last time he ever saw his beloved sports car. Every now and then he wondered about the car and what had happened to it, but that was 33 years ago. Talley knew it was long gone.

That’s what he thought anyway. Last week, he was sitting at home enjoying a typical afternoon when he got a call that took him by surprise.

“I was sitting at home last Friday looking at Judge Mathis, and I get a call from AAA telling me you have a Corvette in Mississippi, come and get it. And, uh… I said, ‘what?’”

All these years later, the Mississippi Police had managed to link the stolen car back to George. The car’s VIN number, much to Talley’s delight, had ousted it as his.

“I’ve heard it was running, it had 47,000 miles on it, and right now, it’s at the police station in Hattiesburg,” he told WXYZ Detroit.

As of now, George is unsure whether he’ll make the trek down south to pick up the car or have it shipped to him.  No matter how he retrieves it, he’s just happy to have his car back.

“It’s a lucky day. When I get that car here in that driveway, we’ll go from there.”

Check out the video report on the heart warming recovery here.