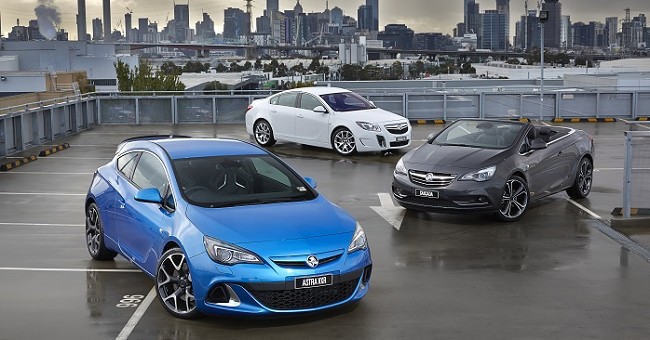 Even after Australian production stops in 2017, residents will still be able to get their hands on a performance-focused Holden product. Opel has announced it will once again begin to export its vehicles to Australia and New Zealand starting in 2015, only this time they will be wearing a Holden lion and stone badge.

The models will be the Astra GTC and range-topping Astra VXR, as well as the Insignia VXR. These will also be joined by Opel’s Cascada convertible, which will be the first Holden-badged drop top since 2007.

The announcement comes just a month after Opel announced the Russelsheim plant would also be manufacturing a vehicle for the U.S. market.

“We at Opel/Vauxhall are pleased to manufacture these high-quality automobiles at our European plants for Holden. With their performance, design and quality, these vehicles will meet highest expectations,” said Opel CEO Dr. Karl-Thomas Neumann. “This is the second piece of good news regarding exports within just a few weeks. Around one month ago, we were able to announce that we will be manufacturing Buick vehicles for the American market in our Rüsselsheim plant.”

Opel announced in August of last year it would cease all activities as an independent brand in Australia after 11 months of operations due to deteriorating market conditions. The decision to re-enter the market was first referenced in August 2013 when the automaker said it would conduct “analysis together with Holden regarding the potential for future Holden- badged niche product, in order to ascertain if opportunities for individual carlines exist.”