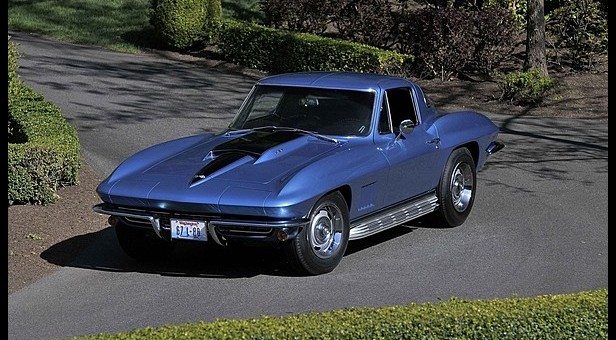 Remember the 1967 Corvette L88 that hit the ungodly sum of $3.5 million? With only 20 built, it certainly was rare and, equipped with a racing engine dressed in street clothes, it had the appeal of horsepower. Who would have guessed it would go for so much? So it must be time for some of the other 20 to hit the block and see what kind of prices they will bring. During June 13-14, we’ll get that chance at Mecum’s Seattle 2014 auction.

When the 1967 Corvettes were introduced, a new multi-carb 427 was introduced in 400- and 435-horse variations. However, nestled in the order form was a single four-barrel 427 with 430 horsepower that cost much more than the other 427s. How could a lower-horse 427 cost more? Heck, you couldn’t even get a radio! The reason for the lower rating was supposedly to keep buyers from thinking, “I’m gonna get me the top horsepower version” and then learn that their Corvette was not streetable. And when you think about it, the L88 was hardly streetable with 12.5:1 compression, no power steering, no heater . . . not even a fan shroud. Would you like your Corvette overheating in traffic?

Nope, the L88 Corvette was built for competition. The L88’s iron block was specially cast with a stronger bottom end and accommodation for a remote oiling system. Cast aluminum heads were but one secret of the L88; the solid lifter cam and Holley 4-barrel were the other trump cards. Even though rated at 430 horses, add some headers and you’d have an easy 560 horsepower.

This one at Mecum is painted Marina Blue with a black stinger, which was a feature of all 1967 427 Corvettes. Also featured on this Vette are side exhausts, transistorized ignition, M22 “Rock Crusher” four-speed, heavy-duty brakes, 4.11 rear, and more. Since this one is Bloomington Gold-certified, you know it’s among the best of the best. But will it break $3.5 million?