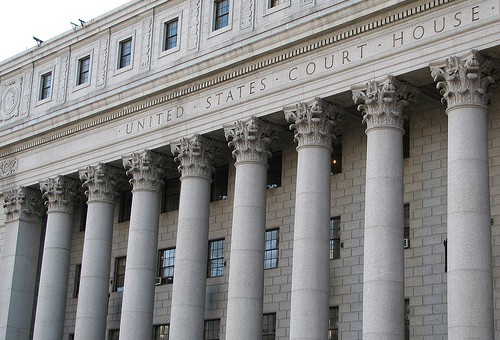 In a case that would charm geography fans, federal judges in Chicago will decide whether the 90 or so lawsuits against General Motors for defective ignition switches will be heard by a New York or California court.

General Motors prefers the New York court, which handled its bankruptcy a number of years ago; litigants prefer the California court, which has experience with auto litigation from Toyota’s sudden-acceleration lawsuits. Once this is decided, which should happen by next week, it will bring everyone one step closer in deciding whether GM is liable for the ignition switch defect and will owe billions in damages to owners of the affected cars.

The New York court “is in the best position to coordinate with the bankruptcy proceedings in that district,” says Andrew Bloomer, General Motors’ lawyer, who is part of Chicago-based Kirkland & Ellis LLP. GM’s counsel feels that the proximity to the bankruptcy court—New York— trumps any experience the California judge may have. However, “Speed and efficiency are paramount,” says attorney Steve Berman, a partner with Seattle’s Hagens Berman Sobol Shapiro LLP, who is representing several plaintiffs.

According to Bloomberg.com, the “venue can have an impact, and not just because it could go to a particular judge,” says product-liability lawyer Alan Rothman, who isn’t involved in the litigation. “It will impact which circuit’s law will apply.”