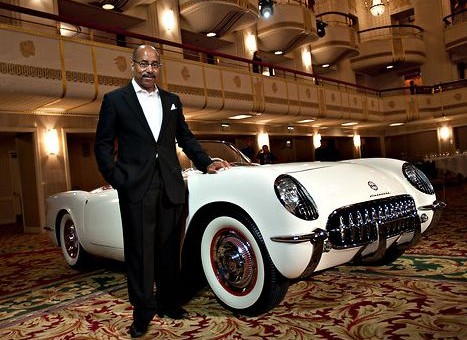 The long-time GM employee was speaking at the WardsAuto Interiors Conference in Detroit when he showed a photo of a sixth-generation Chevrolet Malibu to the audience. He used this vehicle, which of course had a very dull interior, to show how GM used to not put as much effort into designing and piecing together its interiors.

“A few years ago, GM was well behind the competition,” Welburn said. “We checked all the boxes. Interiors were well equipped and functional. They had everything but charm. The interior was not a warm, inviting environment.”

Welburn added that if a vehicle was overbudget during its development, the first thing to be downgraded to make up for the extra cost was the interior.

“The best way to get the thing right financially was to take from the interior,” he said. “You can’t strip the finders off the thing. That is not the case now.”

GM’s 2014 Chevrolet Corvette Stingray was included on Ward’s 10 Best Interiors list this year for the great strides made in interior build quality over the previous model. According to Welburn, the reason for GM’s poor interiors in the past could be mostly chalked up to management’s priorities at the time.

“The leadership of the company really cares about interiors now, and it shows,” he said.