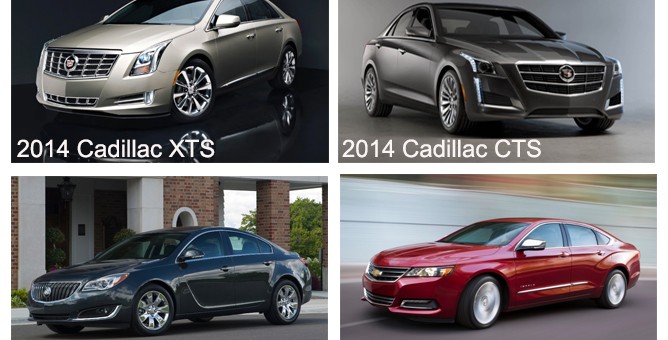 Over half of the top ratings from the Insurance Institute for Highway Safety’s (IIHS) program on front crash prevention were received by General Motors products. Those GM models include Buick Regal, Cadillac CTS, Cadillac XTS, and Chevrolet Impala equipped with Front Automatic Braking system.

“We applaud GM’s commitment to making this important safety technology available not only on their luxury Cadillac products, but also on their more mainstream Chevrolet and Buick vehicles,” said IIHS Chief Research Officer David Zuby.

Front Automatic Braking applies the brakes when the system detects that a crash may be imminent and the driver has not taken action. Hard braking may be applied to help reduce the severity of a crash, or the system may simply assist the driver in avoiding a crash.

In addition, Forward Collision Alert features crash-avoidance technologies using a camera and sensors to help determine when a driver is getting too close to a vehicle ahead. Visual cues on the dashboard, as well as audible signals, alert the driver. Drivers of the Cadillac CTS and XTS also have the added benefit of the Safety Alert Seat, which provides a vibrating pulse on both sides of the seat when a potential threat is detected up ahead.