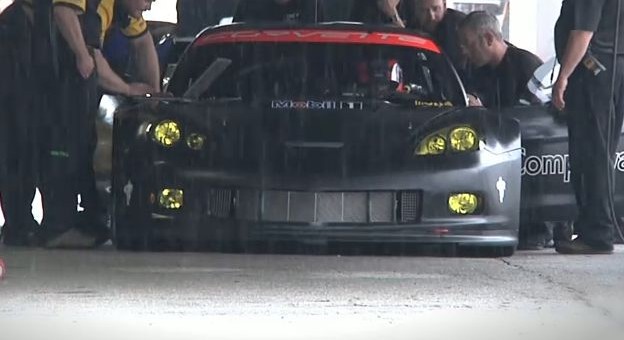 For those of you on the East Coast, you know that the Keystone State has two of the nation’s best old car flea markets: Hershey and Carlisle. The latter in particular has a whole slew of specialized events throughout the show season, none more enduring than Corvettes at Carlisle. Coming this August, two special displays should pique the interest of race fans of America’s Sports Car.

The first display is the 25-year reunion for Corvette Challenge Series cars. The Corvette Challenge was a series created by the Sport Car Club of America (SCCA) after Corvettes had resoundly beat all competitors in past SCCA events. Rather than ban them and lose their participation, not to mention the backing from Chevrolet, the sanctioning body created an event that only featured showroom-stock Corvettes.

The Challenge ran for two years, and Chevrolet created special race versions of the stock Corvette just for this series. According to VetteWeb.com, fifty-six identically equipped 1988 Corvettes were built with 4+3 transmissions and Z51 suspensions, with forty-five shipped to Protofab in Michigan to be fitted with competition equipment (racing seat, rollcage, safety harness, PBR brake pads and ducting, fire-extinguisher system, special Corvette Challenge emblems, low-restriction Desert Driveline exhaust, and lightweight Dymag wheels fitted with half-tread-depth Goodyear street tires). Another 60 cars were built in 1989, with 29 converted by Protofab.

The second display is for general Corvette race cars with special focus on Corvette Racing. The #1 Purple People Eater Corvette, the yellow #3 (the last car in which Dale Earnhardt ever finished a race), the #3 Cunningham Corvette (Le Mans class-winner in 1960) and many others will be featured. In addition to the cars, many famous drivers, pit-crew members, and race team owners will be present at the display.

Carlisle is within three hours driving distance from many metropolitan areas like Washington, DC, Pittsburgh, Philadelphia, and New York City, so mark your calendars for August 22-24, 2014.