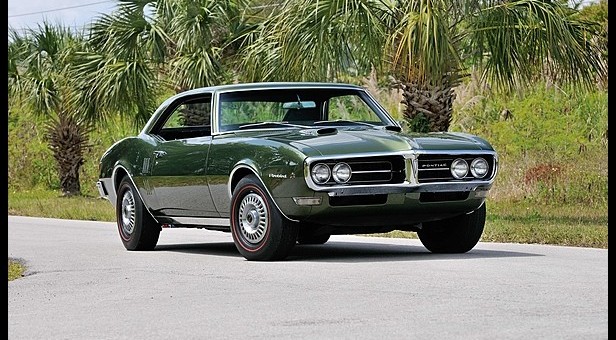 Collector car auctioneers Mecum Auctions will host the 27th annual Original Spring Classic early next month, a 5 day-long event which will see a slew of ultra-desirable automobiles go under the gavel. Among them will be this, a fully restored, extremely rare 1968 Pontiac Firebird Ram Air II.

According to Mecum, this Firebird Ram Air is one of only 110 built, and one of only 98 built with the M21 close-ratio 4-speed manual transmission. It is a full, frame-off restored example which has accumulated only 62,000 miles since it left the factory in ’68, and only 500 miles since the restoration was complete in 2004. It is using the original L67 Ram Air II 400 cubic inch V8 engine which has been fully rebuilt, but still maintains the correct 10.75 compression ratio and original camshaft and valve train specifications. The seller estimates it is producing around 430 to 440 horsepower.

The Firebird, which is on its third owner, was featured in the September 2004 issue of Muscle Car Enthusiast and the June 2008 issue of Muscle Car Review. It is backed by extensive PHS and factory documentation which includes owner history, factory bulletins and price schedules, factory order and billing history sheets, copies of magazine articles including a May 1968 Super Stock and Drag Illustrated Magazine technical analysis and a copy of the factory Ram Air Installation Guide.

If you’re interested, the Firebird is expected to cross the auction block at the Original Spring Classic in Indiana on Saturday May 17th, 2014. For more photos and information, check out Mecum’s ad for the car on their website.